Thank you for all of you who got in touch following my last post, especially Jonathan, who has provided material support.

Following on from your suggestions, I'm going to try my hand at some solo games to see how I get on.  I'm going to try a Pulp Action dino hunt set-up.  The plot may be familiar, but so what!

This is a solo scenario, but I'm hoping it would also work with a second player who would take either a rival expedition team or a lost tribe/simians/lizard men/hippies wanting to protect the Thunder Beasts.

Hopefully, I'll play-test this week-end and report back.  In the meantime, I'd really appreciate any comments one what is a first draft put together in an hour or so. 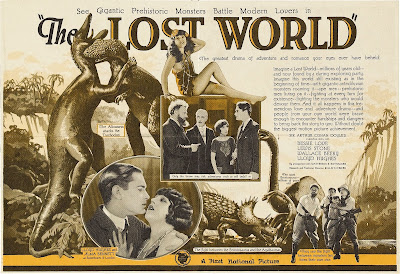 After years of ridicule from the academic establishment Prof Endeavour has put together an expedition to find evidence of his theory that animals previously thought extinct may have survived in unexplored regions.

After many hardships, the Endeavour Expedition has finally reached the Hidden Valley...

• League  of 5 explorers (including one animal)
• Dinosaurs - one per nest (plus one generated at a random nest at the beginning of each turn?)
• Six nests

3x3 table.  Various terrain (and perilous areas) placed.  The explorers start at one corner  of the table.  The nests are placed within 8in of the opposite edge, not closer than 8in to each other.   One dino is placed at each of five of the nests.

If a dino wins combat with an egg-carrier, the egg or hatchling is removed from play.

On making contact with a nest, the character takes a peril test.  If he passes he rolls to see if the nest contains eggs (50% chance of success).  Only three of the nests contain eggs: only one egg may be removed from any nest.  In the next turn the character can take a test to see if he can remove the egg.
On each activation, any character carrying an egg rolls a d6 for each egg carried: if a 6 is rolled, that egg hatches (only one egg hatches per game).

A character can carry any number of eggs: eggs and hatchlings can be passed between characters on making base-to-base contact and passing a peril test.  Characters carrying eggs or hatchlings cannot run. 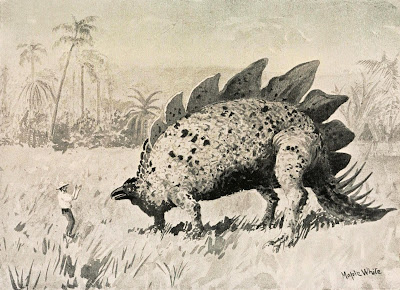