For the rules and scenario, see here.

Yesterday evening The Wife showed an interest in the project.  "Where did all these come from?",  "Dinosaurs?  I thought were were going to do Egypt or London?". "Wouldn't the dinosaurs attack each other?".  And most pertinently, "Why are you doing a new League, why not use that one you did for me that time?"


So, a change of personnel.  Instead of the Endeavor Expedition, let me introduce the St Margaret's Exploration Group (SMEG). 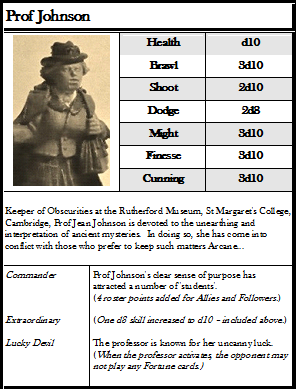 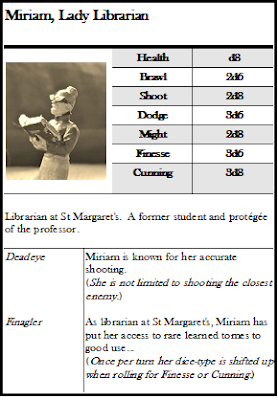 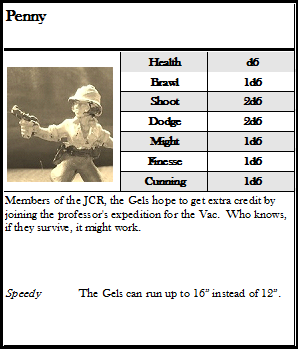 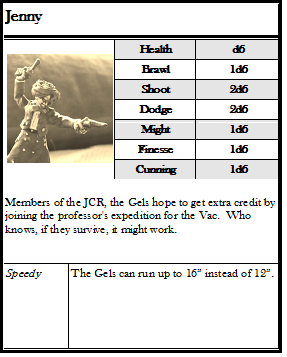 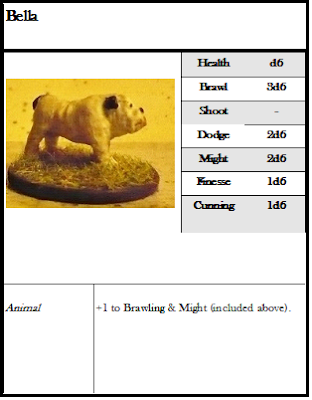 For the Dinos, I've just taken the off-the-peg Predators & Prey profiles from Perilous Island; I may tweak them later, but they'll do for now. 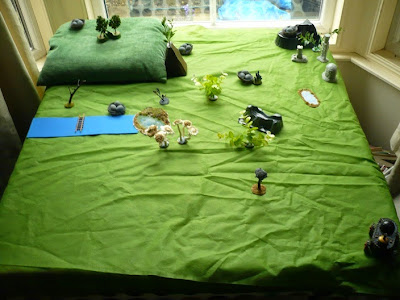 The large dinos or giant croc aren't bothered by the water obstacles.  Characters can choose to cross them either by the bridge or swimming (egg-carriers cannot swim).

The initial dinos were chosen and allocated their nests by lot.