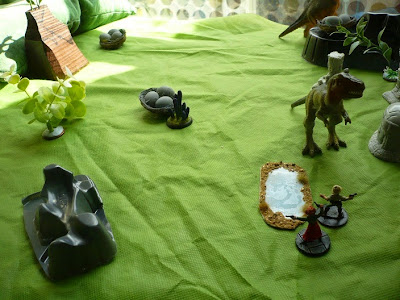 As we left our intrepid group of explorers, two of there number were facing the onslaught of the fearsome Allosaurus... 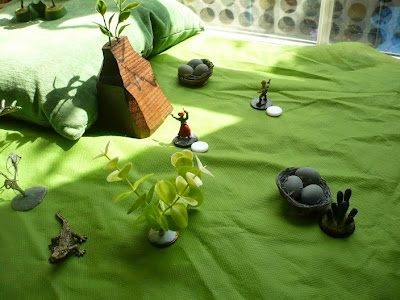 ...but here Jenny and Penny justified their inclusion not only in the expedition party, but also in the college athletics team.  With a daring show of pluck and speed, Penny ran right past the dino to the now unguarded nest!  Jenny was equally speedy in taking up a covering position. 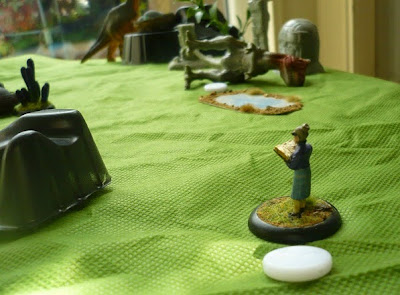 Taking her role as troubleshooter seriously, Miriam took aim and felled the mighty beast before it could turn in pursuit. 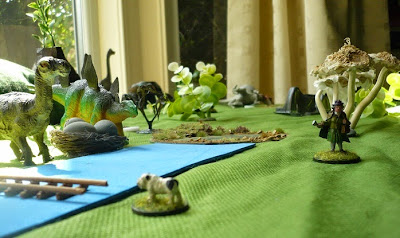 Over by the river, there was trouble for Bella and the professor.  That nest was not only guarded by an Iguanodon but also a Stegosaurus!  The professor took aim, but despite her usually high shooting ability, she again missed. 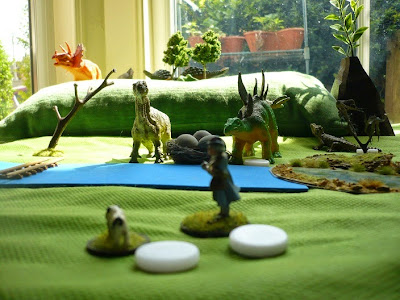 Bella thought it prudent to withdraw to her mistress' side. 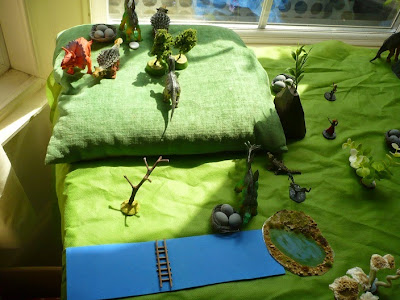 The shot was not without its benefits though, driving the timid Iguanodon up onto the hillside which was becoming even more crowded, given the arrival of a second Stegosaurus.

Penny's gambit had paid off.  As she examined the dinosaur nest she found and removed one of the prized eggs. 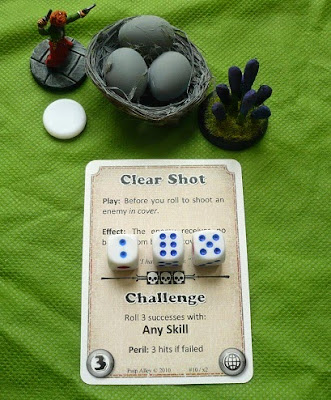 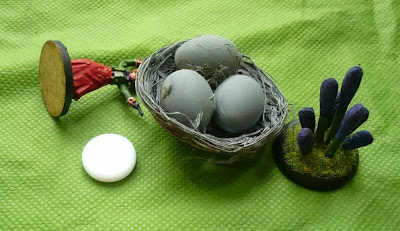 Encouraged by her friend's success, Jenny moved to her own nest and examined it.  She, however, was not so fortunate, and succumbed to the narcoleptic pollen of the nearby plant. 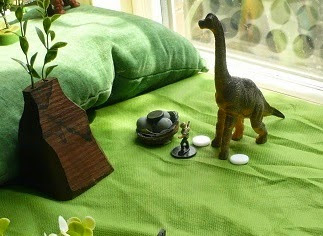 Things also took a turn for the worse for Penny.  She was suddenly rushed by the Brontesaurus,  She was unharmed, but lost her precious trophy!

Fearing a similar assault, the professor took aim at the Stegosaurus and fired.  But missed!  As Bella ran for cover the enraged creature charged across the river towards Professor Johnson...

More next time in: