I'm sorry that this is a little late; but to be honest, I doubt if any of you were on the edge of your seats waiting to be updated on my reading...

Patrick O'Brian, The Yellow Admiral
After their long circumnavigation and service in West Africa, Aubrey and Materin are closer to home in this book.  Aubrey is concerned with Parliamentary business (no least opposing the enclosure of the common where he is lord of the manor).  At sea, they are employed in the tedious blockade of Brest with a superior who just happens to have an interest in the enclosure.
And above all is the deadful spectre of a looming peace, with Aubrey close to the top of the Captains' List and in danger of being retired as a 'Yellow Admiral'.

Patrick O'Brian, The Hundred Days
Well, the peace didn't last for long.  With Napoleon's return to France, a semi-official mission to Chillie is cancelled and our pair return to active service in the Adriatic and Mediterranean.  Much time is spent trying to prevent a shipment of gold from North Africa intended to buy allies for Napoleon in the Balkans.
Maturin goes on a lion hunnt. 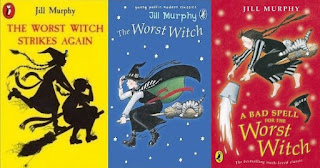 James A Corey, Calaban's War
After watching the first season of 'The Expanse' on dvd (which ended on somewhat of a cliff-hanger), I decided to re-read the second book in the series.
[It didn't take me long to realise that TV show had played cut-and-loose with the chronology of things - so I had to read the last third of Leviathan Wakes to fill the gap.]
In this book it turns out someone has weaponised the Protomolcule and that the planetary governments are intent on war - on the basis that it's best to sort out local differences before tackling any threat from outside the Solar System.
at 21:59