On Give-aways, Gaming and the British Civil War of 1938 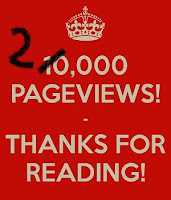 One thing that strikes me is the generosity and community feeling that some of these blogs engender. Not only do they share work-in-progress, experience and painting guides, but there's also a strong tradition of marking milestones by having give-away competitions.  These can range from physical prizes to services such as painting.

The latest competition is over at the Herfordshire 1938 Blog which is celebrating its 20,000th pageview - congratulations to JP, who has constructed a very interesting and entertaining website!  JP is offering to write a background (or 'fluff') for factions in the game he plays.

Now, I know that because of the scatter-gun approach of this blog, many people reading this won't have the slightest interest in war-gaming or miniature figures.  I think, however, it's worth bringing attention to this blog because it's concerned with a game/period which might be of interest to those who come here for royalty and odd historical miscellanea.

That's because the game is one called A Very British Civil War (VBCW) .  It's an alternative-history senario based in the late 1930s.  The premise is that Edward VIII refuses to bow to pressure to abdicate in 1936, forcing a greater constitutional crisis than that in reality.  The Baldwin government feels obliged to resign, and Edward appoints Oswald Mosley (leader of the British Union of Fascists) as Prime Minister.  This abandonment of the democratic principle leads to civil war.

As Jon says in his blog 'one of the most attractive facets of VBCW is being able to research the history of your own area and interweave elements of this into a fictional narrative'.  As is obvious from his title, Jon's area is Herefordshire, but I've also seen examples for Shetland, the Midlands, Essex and others. 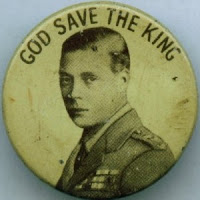 All sort of fun can be had with historical and pseudo-historical figures and movements.  Factions proposed by the game's creators include the Edwardian Loyalists, the moderate Anglican League ('Middle England at War'), the Albertines (the Government in Exile elects Prince Albert, the Duke of York, Lord Protector), right-wing extremists, left-wing extremists (including the Liverpool Free State and the Glasgow Reds) and various nationalists (Scotland declares independence and there are movements to do so in Wales and Cornwall).  But gamers are encouraged to create their own - sometimes (very) irregular and humorous - factions.

Basically it's a question of 'old maids bicycling to Holy Communion through the morning mist' but with Lee Enfields over their shoulders and hand grenades in their panniers.