"So, What's An Aeronef?" The Wife Said

At heart I'm a double-sided sticky-tape and toilet roll sorta guy, so I like to read people's adventures in scratch-building.  "One day," I thought, "I'll have a go at that..."


This is the kind of thing I'd like to be able to build!  I once took a two-year job in a museum partly because it had one of the best collections of ships' models on display in the country...

One one of my trawls of local charity shops I got some goodies.


Dinosaurs put to one side for later fun and two minutes with a screwdriver later, I have some interesting looking bits and the start of a little project.  (Also a little box labelled 'Screws: Small, Phillips' if you'd believe The Wife!). 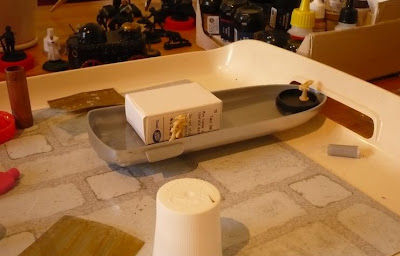 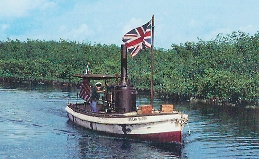 Having removed the screw casings and attached a deck, I found that the vessel was a little too small for 28mm figures, but that it suited a HAT Gardner Gun Gun and crew I had.  I was also getting an African Queen vibe

But I wanted something a little more substantial - I also wanted a VSF aerial craft.  Needing to beef it up, I did what every scratch-builder must do - head for the gash bin.

Various configurations were tried.  I wanted a boiler and smokestack, and it occurred to me that the Gardner would need to be positioned so that it could be used both in aerial combat and in air-to-ground work. Therefore I decided on a flying bridge with a pair of Gardners - this freed up the bow for some main armament.  The bridge would also serve a place for the binnacle, ship's wheel and look-outs.


I'm currently thinking about railings - rope, chain or canvas?  I'm currently inclined to canvas if I get it to work. 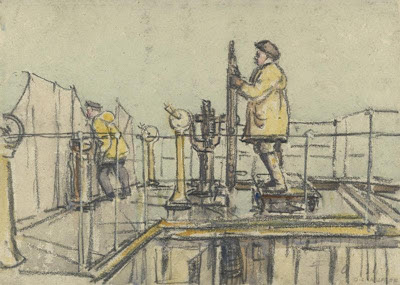 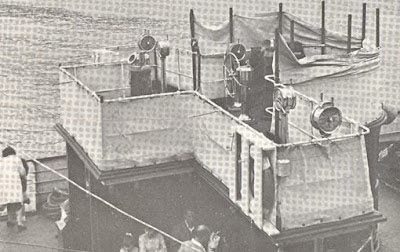 And looking at inspiration in some of my favorite places...