There were some very impressive entries in the latest bonus round.  Most of them were even vehicles!  Even The Wife was inspired to vote.

Having had a piece almost painted for weeks (I almost submitted it for the Villains round), I decided last Thursday I didn't want to put it in for this round.  I therefore fell back on Plan B and did a quick and dirty paint-job on a Lledo van that I'd picked up for a couple of quid. 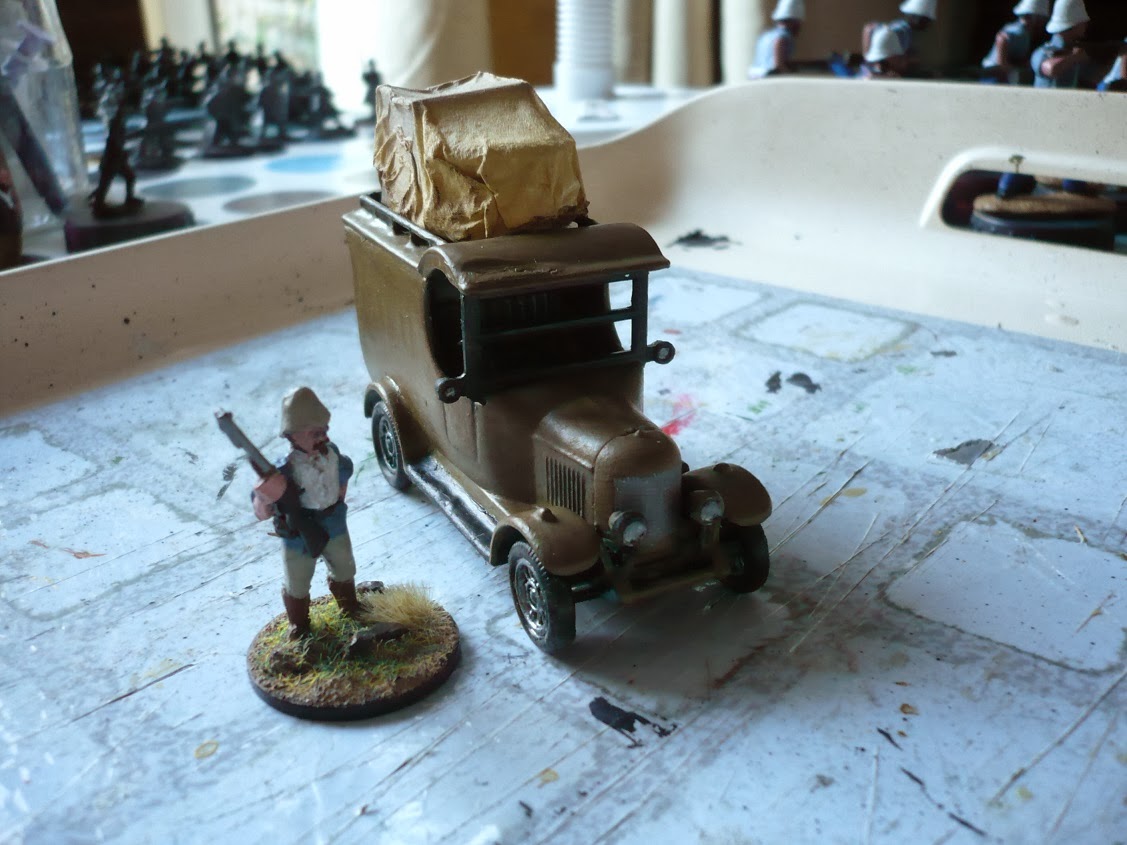 The inspiration for this was the photos of the vehicles in Roy Chapman Andrew's expeditions (he was the guy who first discovered dinosaur eggs in their nests and is cited as one of the inspirations for Indiana Jones).
It's a vehicle I've wanted to add to my fleet for a while.  I've also been meaning to try out mystery objects covered in tarpaulins - they make very useful plot points.  If I'd thought a little longer, I would have left them removable so I could use them  as stand-alone markers.  All-in-all, putting this one together has given me some good ideas for Next Time, and I'm minded to put another jalopy together almost at once.

I just hope that the charity shop still has the vans I saw last week.  Of the three I currently have, two are too nice to paint over (a PO Van and an RNLI Morris Minor) and the other hasn't any tires (that could do for adventures in the Land of the Scallies I suppose).

Meanwhile, I've made a start on my figure for the Hero Bonus round.