The children's magazine Dr Who Adventures always comes with freebies.  The latest bundle consists of the following 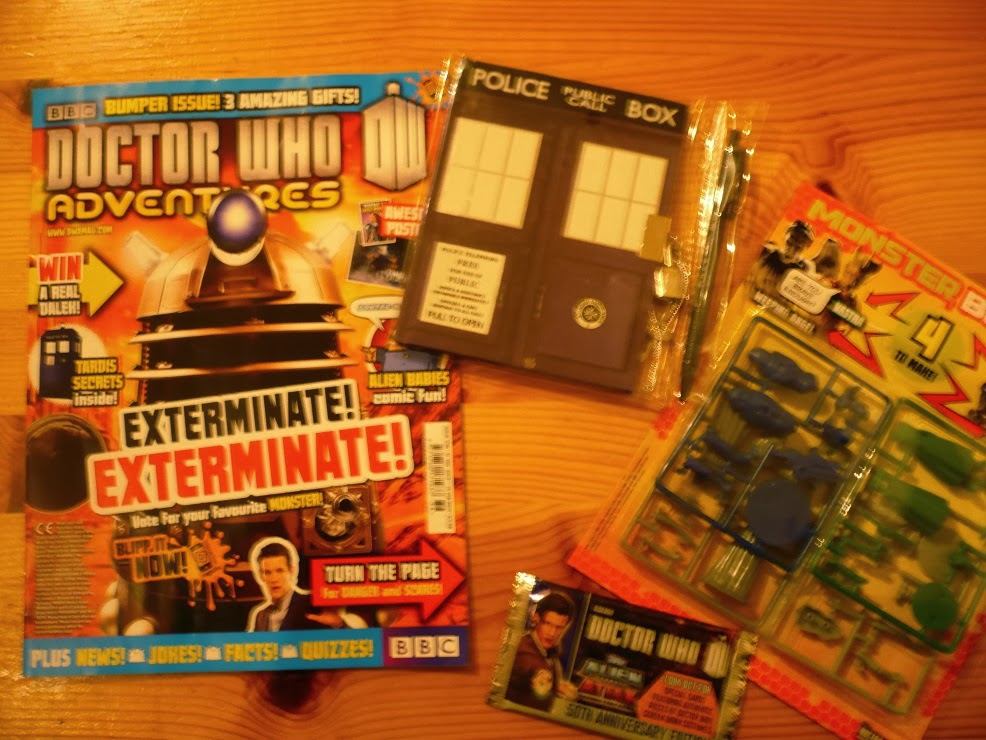 The gift most likely to be of interest to us is the monster build kit. 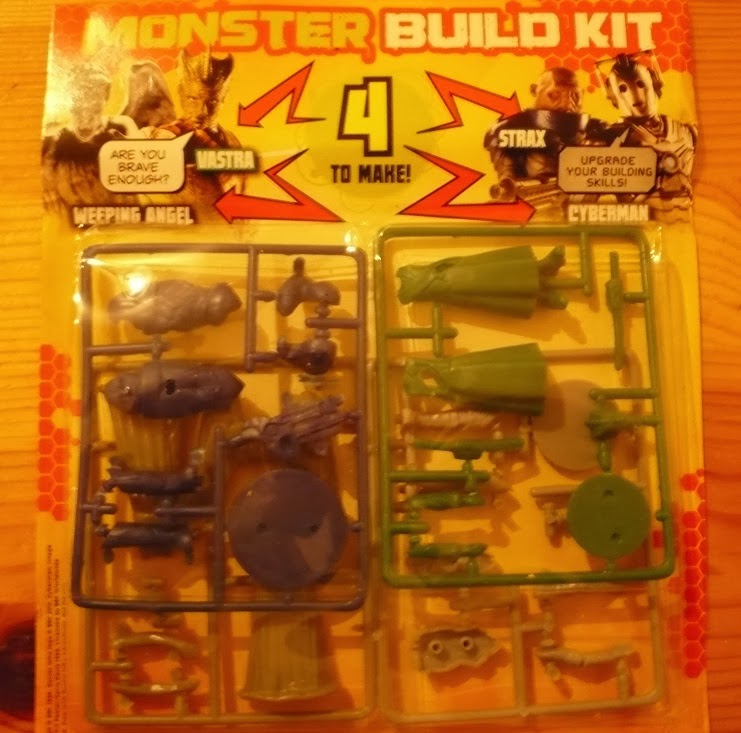 It contains a Weeping Angel, a Sontarian, a Cyberman and a Silurian.  They seem to be about 54mm. 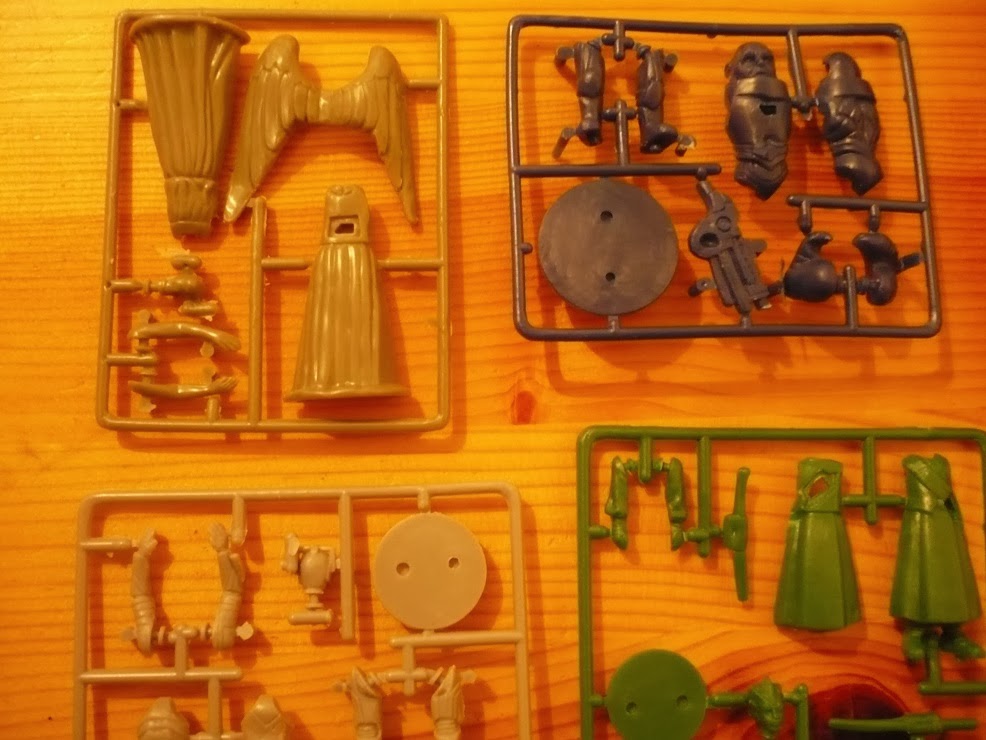 At £3.99, you might think it an expensive kit, but if you know youngsters interested in Dr Who (who will hopefully also like the other stuff in the bundle), it might serve as an intro to modelling or painting miniatures.

I think I'm going to make it up for the youngest of my many nephews, who's Dr Who mad.  I'll update you on progress.

I haven't done anything on the other nephew's Zulu War figures since my last update.  The Wife has decided that it would be quicker if she painted the Zulu figures.  She appears to be more of a stickler for historical accuracy than I am, and has spent a day on the internet researching their costumes.  She's finding it interesting: I might get her some figures for her to get in touch with her Boer roots.
at 17:38