What Every Eight Month Old Needs...

In a blatant attempt to increase my Vatican City visitor stats, I bring you news from the Big Man who was visited by the Queen yesterday.

You know how difficult it is when you're visited by elderly monarchs with new great-grandchildren?  Well this was the Pope's solution... 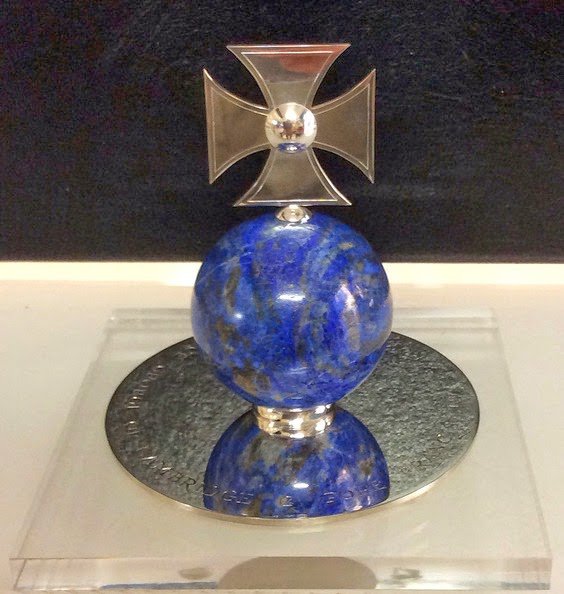 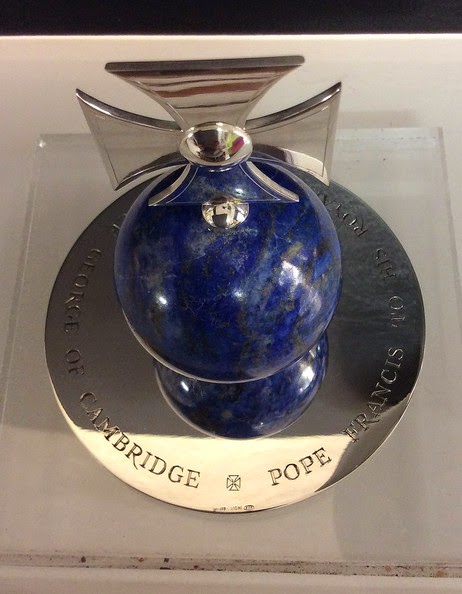 The Queen, who has a dry sense of humour, reportedly replied (and you have to do this in the voice...) “That’s very nice, he will be thrilled.... when he’s a little older.”

Faced with an addition to the Crown Jewels, HM reciprocated with some Sandringham chutney and a bottle of whisky (hey, what priest doesn't like whisky?).  History doesn't relate if she also brought some of those nice biscuits that Prince Charles sells.  Mind you, she's done better than President Obama, who brought a packet of seeds when he popped in.