A Welcome, A Give-Away and Buildings

First, the most pleasant bit of blogging - a new follower welcome.  Hello to Eric the Shed of the Shed Wars blog.  Many of you will be familiar with his Robin of Shedwood projects; he's recently been turning his skills to VBCW.

As I mentioned yesterday, Legatus' Wargames Armies is celebrating a quarter of a million hits.  Legatus has announced that he will be hold a prize draw, with Salute figures up for grabs.  Details here.

Solo Wargaming in the UK recently suggested that we share a picture of impressive Victorian buildings from our hometowns.  This strikes me as very useful, as I know many like to game that period but aren't lucky enough to be able to wander out of the door and see English architecture (I know I was fascinated when someone posted a series of American shopfronts from the 1920s and '30s).  For this reason, I'll try to include some vernacular buildings as well as the impressive ones.

As I originally come from the home of the Dark Satanic Mill, I am tempted to show Manchester's lovely Italianate warehouses and neo-gothic Town Hall, but I'll refrain.  Perhaps next week I'll share some of the wonders of The North.  For now, I'll stick with Solo's suggestion of impressive buildings near here.

First up is the (old) Norfolk & Norwich Hospital.  It was originally built in 1771 and then expanded by the Victorians in "streaky bacon" brickwork.  It was badly damaged in Second World War. 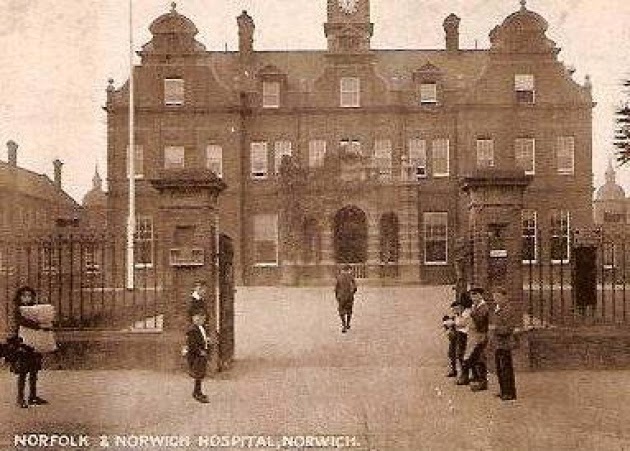 Given the British weather, many towns had indoor as well as outdoor markets.  In the high Victorian era, many developers built shopping arcades in larger towns containing 'superior' shops.  This is Norwich's example, the Royal Arcade, built in 1898-99. 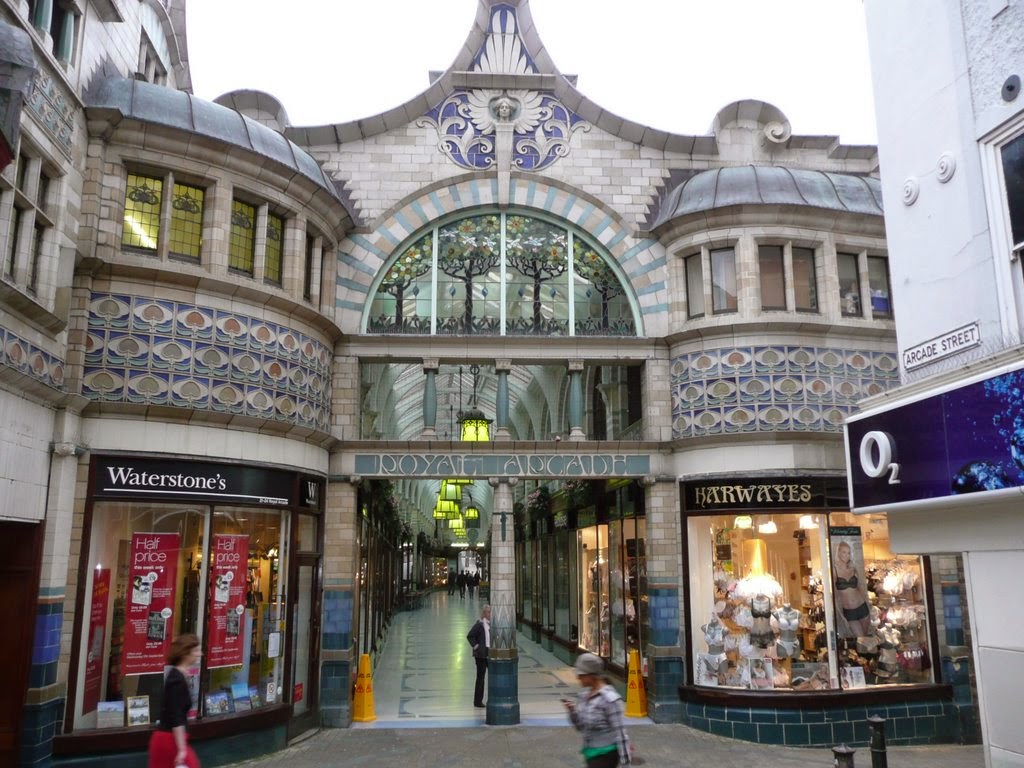 For those who want to try some advanced modelling work, Dampf's Modelling Page yesterday linked to a page containing tutorials like this one on Creating Surfaces.  It includes methods for making details like these, which I snapped this afternoon