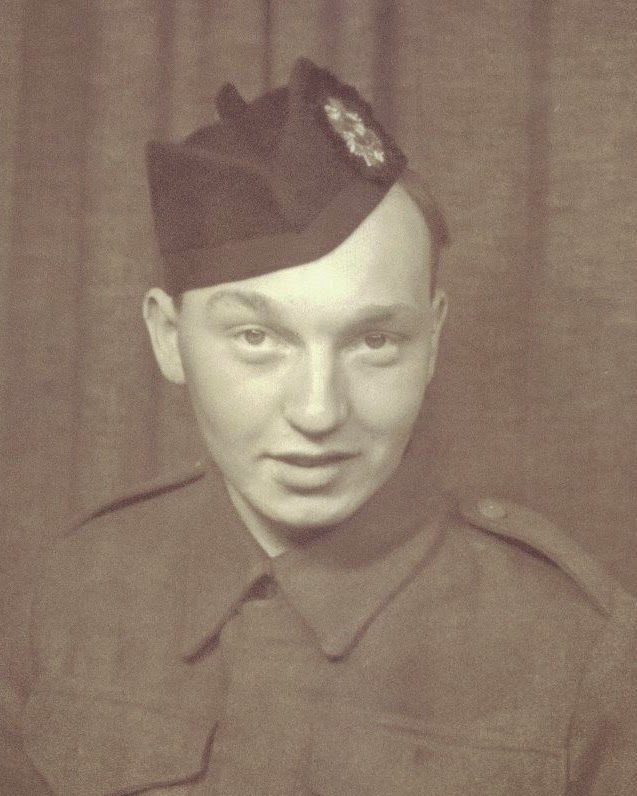 First I want to thank all of you who responded so positively, both here and on Facebook, to my post on Dad's D-Day.

A few more things have come to light and, rather than add to the first post (I did put a postscript to it yesterday), I though they deserved a follow-up post. 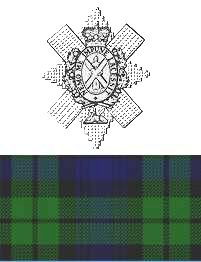 First, it wasn't unusual for a lad from the outskirts of Manchester to be in the Black Watch.

The experiences of the First World War had shown the authorities the dangers of localising recruitment too much - if a Pals' Battalion met a couple of well-prepared German machine gunners, it made for a very bad day back in the home town*.  Once the Second World War got underway, it was therefore decided to make efforts to mix-up drafts (this hadn't been the case with regular soldiers and territorials - the casualty lists from the BEF and the fall of Singapore have a heavy localised element).  Dad's draft was used to fill in some of the gaps left in the Highland Brigade following the fall of France.

*This however, did make for some odd situations.  As late as the 1980s, the biggest export market for Benedictine liqueur was Burnley.

Although they may seem a back-water now, during both wars, the Orkney Islands were an important part of the country's military machine.  The naval base at Lynness, using the sheltered anchorage of Scapa Flow, was established in 1904 as a base for the Grand Fleet, facing any enemy coming from the Baltic.  It's remoteness was a definite advantage and it was the major naval port during the First World War.

At the beginning of the Second World War, the base (then known as HMS Propserine) was again selected as a 'safe' anchorage - safe because it was thought to be out of range of German airfields and immune to submarine attack (there had been a couple of attempts by U-boats to penetrate the anchorage during the First World War, but they were unsuccessful).  The sinking of HMS Royal Oak by U-47 in October 1939 with the loss of over 800 lives, along with an air-raid three days later, was a major blow to British military confidence.  Immediate steps were made to boost the defences, blockships were sunk and causeways built to close off entrances to Scapa and an RAF station (RAF Grimsetter, later HMS Robin, now Kirkwall Airport) was established.

Dad was part of the military garrison.  For a rambler and bird-watcher, it was ideal. 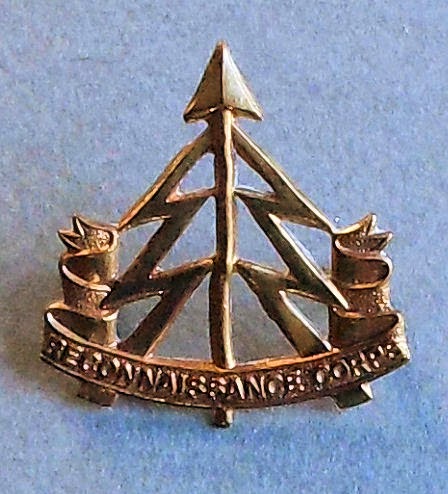 At some stage (and I should really apply for Dad's service record) he transferred to the Reconnaissance Corps.

The Recce Corps had been established in 1941 to act as a mobile spearhead for infantry divisions (hence the design of the cap badge - not a Christmas Tree, but lightning strikes and a spear).  Squadrons consisting of troops of three Humber Light Reconnaissance Cars or Bren Carriers would push forward of the main advance.  It was intended that this should have the ethos of an 'elite' force.  At the end of the war the Recce Corps was disbanded and its duties absorbed into the Royal Armoured Corps.

There's a photo at the Bovington Tank Museum of Dad peeling potatoes (it came as quite a shock for my sister to see it there on the wall!).  Given the amour connection (and that NCOs don't do spud-bashing!), I suspect that this is from his time in the Recce Corps. 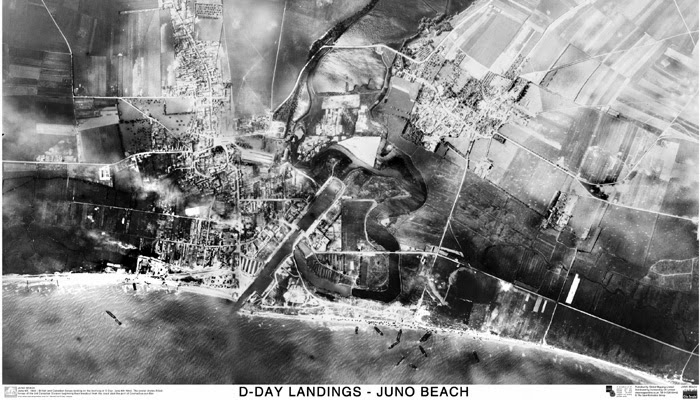 As I said the other day, by D-Day Dad was in the Royal Engineers.  He sailed from Portsmouth and landed with the Canadians on Nan Sector of Juno Beach (Bernières-sur-Mer) - I added some pics of this to the other post last night.  Dad said the locals were quite amused by French-Canadians - they spoke in an olde-worldy, almost Victorian, way*

He was quite pleased to land without getting his feet wet - he hitched a lift on a tank.  This was probably one of the amphibious tanks from the Fort Gary Horse of the 2nd Canadian Armoured Brigade, but possibly an AVRE (Armoured Vehicle, Royal Engineers) from the 79th Armoured Division.  If he was with the Fort Garry Horse he was lucky - amphibious tanks on other beaches had a poor record of reaching shore safely.  I don't think Dad ever learned to swim.

The fact that he landed at Juno (which I'd kind of known beforehand) and something he said to me about landing equipment directly onto the beaches, makes me wonder I was wrong in assuming that he was involved in the construction of Mulberry B.  Thinking on it, I wonder if instead he was worked at the Gooseberry 4 Harbour on Juno.

The Gooseberries are much less well-known than the Mulberries.  They were a lot less impressive engineering feats, and didn't have the same propaganda value.

The five Gooseberry harbours, which were on the flanking beaches, were smaller than the two Mulberries.  Basically blockships, code-named 'Corn Cobs' (there were eleven of them forming Gooseberry 4 off Juno), were scuttled off the beaches to provide a sheltered anchorage and run inshore.  With the Mulberries this was only the first stage and extra elements were added to create docks, etc.  In Gooseberry harbours, men and equipment were landed directly onto the beach from landing craft.  Interestingly, the American decision (against RN advice) to re-configure the Gooseberry at Utah greatly contributed to the loss of Mulberry A during the storm of 19-21 June.

* As an aside, when I was doing postgrad work at Bangor, I was wingman to a guy from Quebec.  This led to two approaches:-
1. ME (to fellow students): "My friend's from Quebec and I'm telling him about different accents.  You're from Middlesborough, right?", and
2. HIM (to local girls): "Hello I'm part of a linguistic minority" [UNSAID: being a monoglot Anglophone from Qubec]"
The second was quite risky - we had some very scary Welsh nationalists come back to our place!  In the end he hitched up with a girl from South London doing a PhD in Marine Biology (AKA "The Crab Doctor).