As I'm sure nobody needs telling, today is the 70th anniversary of D-Day and the start of the Normandy Campaign.  My Dad was there.  A young WO with the Royal Engineers (he had previously served in the Black Watch and the Reconnaissance Corps) he landed in the second wave at about 8.00am that morning with a Canadian Division.


His job was in the receiving and management of supplies from the Mulberry Harbour at Arromanches.  The Engineers built a pre-fab harbour out of 600,000 tons of concrete between 33 jetties, and had ten miles of floating roadways to land men and vehicles on the beach. This was completed in just three days, becoming operational on 9 June.  The plan was that harbour would avoid the necessity for a quick capture of one of the French ports and would be used for about three months following the landings to land men and materiel.  In the event the British harbour, Mulberry B (soon known as Port Winston), was used for much longer than that (the American Mulberry at Omaha Beach was destroyed by a storm on 19 June).  In the period D+4 to 31 October (D+147), 628,000 tons of supplies, 40,000 vehicles and 220,000 troops were put ashore - expressed in another way, that was 35% of British stores, 17% of British vehicles and 23% of British personnel.  An original report to SHAEF on the harbour can be read here.

The shells flying overhead as they worked during the naval bombardment of Caen made an indelible impression on Dad.

I only know a very little about Dad's time in France - he preferred his time guarding the Orkney Islands, and never lost his love of Scotland!  He did retain a fondness for Camembert (he used to swap his cigarette ration with the French farmers).  At some stage before the end of 1944 he took a strictly-against-regulations lift from a motorcycle despatch rider.  They were involved in a serious accident - Dad was flown back to England and spent most of the the rest of the war in a military hospital; he never quite lost his limp.  On the last day of the war he was hiking in Snowdonia with his brother.

Dad never dwelt on the war - he never wanted to be one of those men he remembered from the 1930s going on pilgrimages to Flanders and belittling the next generation.  He never applied for his medals, and he used his tartan trews for decorating trousers!  However, as the 50th anniversary of D-Day approached, he decided that he wanted to go back and, in June 1994, he and Mum had a very enjoyable holiday in Normandy, where the veterans were treated as stars by the French.


Lovely to read this and Jimmy'a comments. Arramanches was on sword beach, Dad landed on Juno at Bernieres-sur-Mer, with a Winnipeg Canadian unit.  He dug a fox hole in front of the only standing house on the front. Completed a notice board which was used for the visit from the king etc. 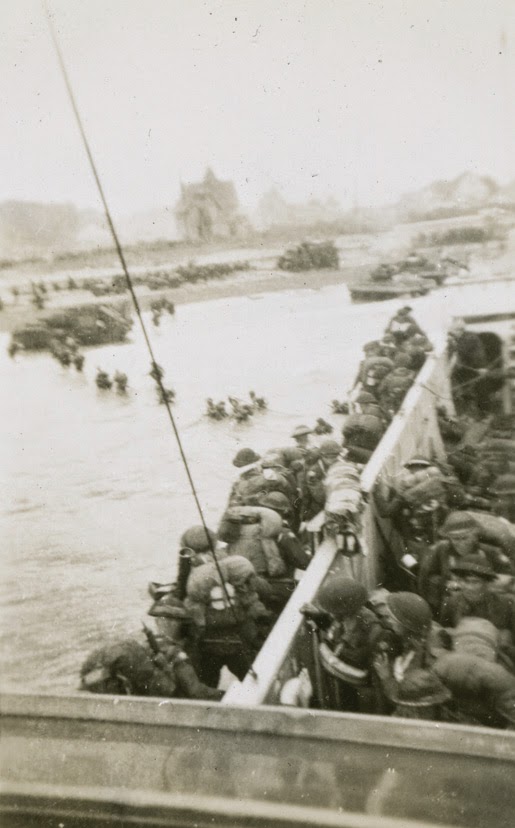 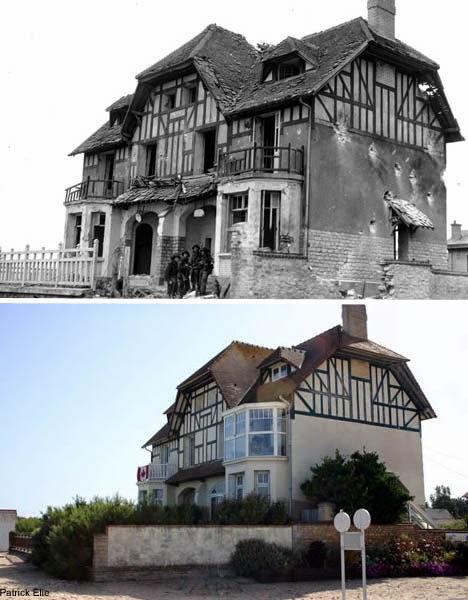