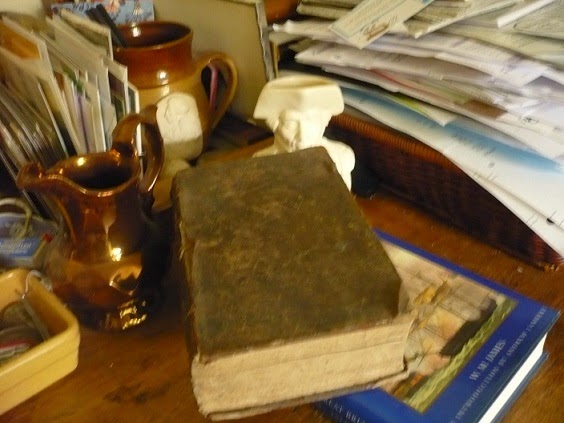 While buying books in a Country Auction this weekend, I was fortunate to find no less that that very rare volume Memoirs of the Eventful Life in the Service of Four Navies of Admiral Sir Henry Fearless, GCB, KH, FRS, Cmdr of the Order of the Tower and Sword, Order of Merit of Chile, Etc, etc.

As naval historians will know Sir Henry's autobiography is extremely hard to find, only one print-run having been made in 1854 before the Anglo-French fleet under his command was surprised by the Russians and annihilated.  The undeniable fact that the nonagaenarian admiral had, in the heat of battle, forgotten that the French were allies and rammed his second-in-command - all the time screaming that the Russian steam frigates were "The Devil's ships, come to take us to Hades!" -  led to scandal and a re-assessment of his heroic status.  Most copies of his autobiography were pulped.

Interestingly, from my point of view, Sir Henry devotes some space to his version of the 1803 clash out of El Puerto de Santiago.  I have now included extracts in my own account of the encounter.