I've been a little under the weather for the last couple of days, which is why I haven't blogged as much as I'd intended.  So today's post is by the way of a catch-all round-up.

The end of the BfC auction means the end of active fundraising for BfC 2014.  I was able to post an announcement that the total raised for Help for Heroes was £718 - a very nice sum indeed!

It looks unlikely that there will be a BfC 2015.

Ste over at Monty's Caravan this week hit the 100K visitors mark.  He promises prizes, so perhaps now is a good time to visit this excellent blog! 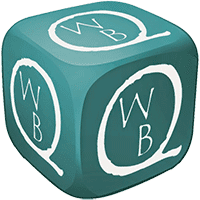 As surely everyone whose interested in this field now knows, a new e-zine, the WBQ was launched last weekend.  It's of very high quality and has already had over 1,000 downloads.

I'm sure anyone who follows hobby blogs and forums realises that the growth of self-publishing on the internet will be the death-knell of hobby magazines unless they change their act drastically.  Because of the visual aspect and potential for instant feedback this seems to particularly likely in the wargaming world.  It would be an interest subject for someone with more knowledge than me to blog about.

Anyway, I wish all involved much success and look forward to future issues.


A blog I've recently started to follow might be of interest to readers.  The Dawlish Cronicles is a blog by Antoine Vanner, author of the series of books of the same name (two so far) that chart the career of Nicholas Dawlish during the transition of navies from Age of Sail to that of the Ironclads.

We already have the following teaser about how the series will end:


Admiral Sir Nicholas Dawlish is probably best remembered today for leaving retirement in 1914, at the request of his friend and sometime rival Lord Fisher, to assume responsibility for Unconventional Naval Operations.

His imaginative filling of that role, and his death at the age of seventy two on the Zeebrugge Mole, where he fell in a hail of machine-gun fire on St.George's Day 1918, (making him the oldest serving officer to fall in action in either World War), ended an illustrious career in a manner which he would have found wholly appropriate...

The blog isn't about the books, but is the history behind this period of transition.  It's great stuff and well-researched. 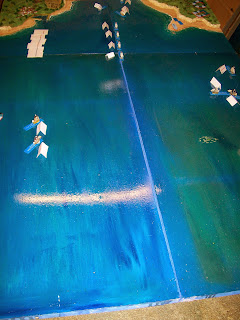 Clint's Play-by-Blog game of Blood, Bilges and Iron Balls continues.  He published the results of Turn 3 today and, though we're still a fair bit from any action, things are beginning to mix up...

I'll update my PBB page once I've worked out the ramifications and transcribed the relevant section from Capt Fearless' memoirs.

Given the success of the BBIB game, I've signed up for another play-by-blog one.  This will be the famously devious board-game Diplomacy being run by The Man Padre.

It may be the worse decision I've made in a long time!

I normally avoid playing on-line games (because it then becomes difficult to pull myself away from the computer!), but suffering as many are from Piratitis, I found it difficult to resist Pirates Glory, a trading and plunder game.  I'm actually enjoying it so far.
at 18:34