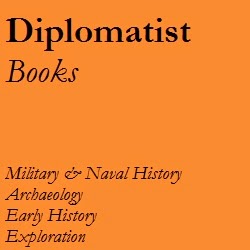 Every year Richard Holden of the Wargames and Walking blog holds a raffle in support of the Royal British Legion.  He's attracted prizes from all sorts of wargaming people (latest update here), and we have joined in with a £15.00 gift voucher.

The draw is on 15 December, so there's lots of time to go across to Richard's giving page and buy some tickets (they're 50p each, but he'll give 11 for each on-line donation of £5.00).

In a new departure for Diplomatist Books, we have added our first eBook to our list.  It's In Roma's Name, Chris Stoesen's well-received book of company and platoon level wargame scenarios for the Eastern Front, 1941.  This 203pp pdf is

If anyone else is looking for a distribution deal, I'm happy to talk. 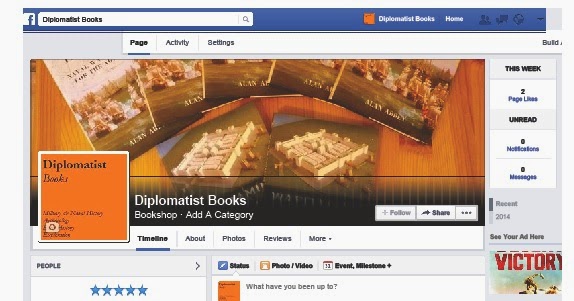 If you had been subscribed to the page (and the Algorithm Gods were playing ball), you would have read about In Roma's Name last Thursday and could have taken advantage of an introductory offer price of £8.50.

A Note on Postage

Just a reminder that orders over £40.00 are sent post-free in the UK.  Everything else is sent at cost.

Also, the Royal Mail has announced it is changing it's terms for parcel post in time for Christmas.  It's a typically confusing system, but the bottom line is that between 20 Oct and 18 Jan 'small parcels' up to 2kg will be charged at the rate previously limited to 1kg.  So a good time to buy books!
at 08:56