Again I have been remiss in promptly welcoming a new follower.  So a warm Hola! to Alfons of Miniaturas Militares Por Alfons Canovas.

Austria-Hungary has been wiped off the map and despite predictions of a war in the Med, everyone has turned on Russia.

For commentary and reportage, go across to  The Mad Padre for the ever insightful and amusing Daily Dissembler. 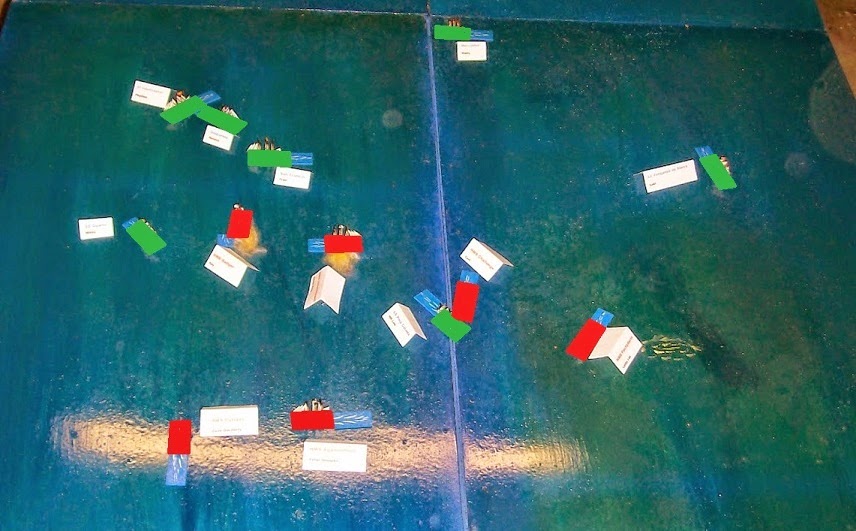 Things are getting hot now, but it's very hard to say who's got the upper hand.

Having taken damage in the previous two turns, I made a swift exit from the cauldron, aflame and with a mast down, but that seems to have left HMS Badger in difficulties.  However, Capt Fearless has the Bosun's Mates starting the repair crews mercilessly in order to get us back in the fray as soon as possible.

Expect a more action in Turn 12 as Curt boarding action is determined and the second wave of ships engage... 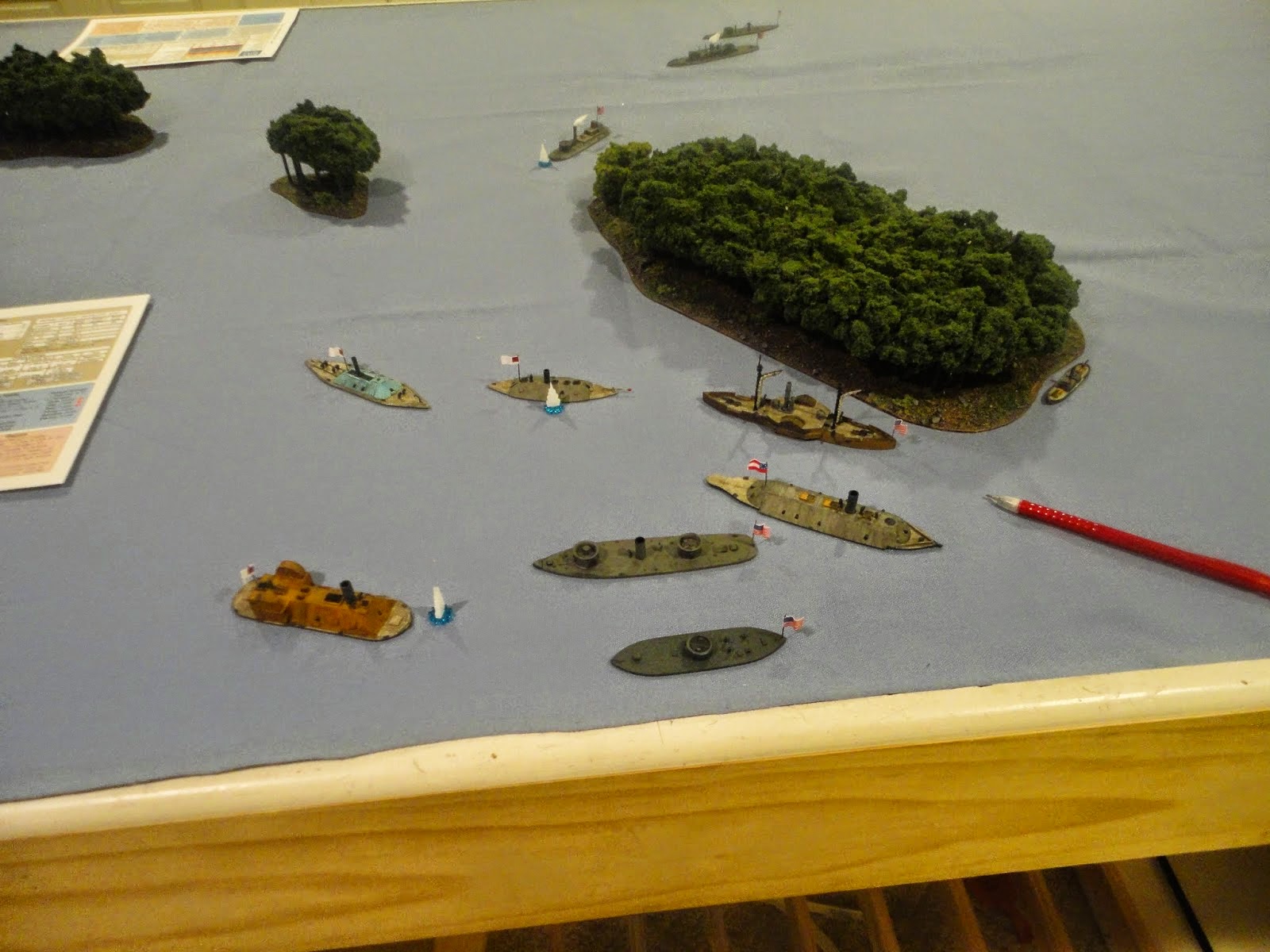 Clint has done a really good job with BBIB (as has Michael with Diplomacy) and everyone is having a whale of a time.  So much so that when Miles of The Lair of the Uber Geek (and the Spanish frigate Mercedes) proposed hosting a game of his own more or less everyone signed up immediately.

Miles' game will probably start in December and will be a play-test of his Ironclad rules for his Big Project - linked games at Historicon15 (one naval and one land) on a British intervention in the American Civil War.  There are also rumours of French involvement...

Anyone who follows Miles' blog will be anticipating a high-level of inventiveness and eye-candy.  I'm certainly looking forward to it!