The second (of two) posts about what I've submitted to the Analogue Painting Challenge over the holidays.

First up is a seasonal one: Santa himself. 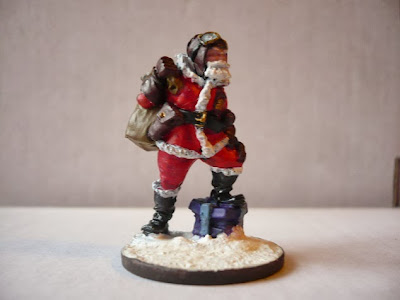 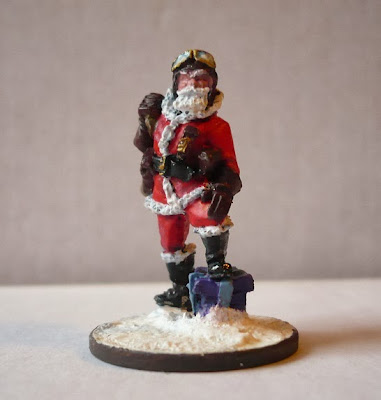 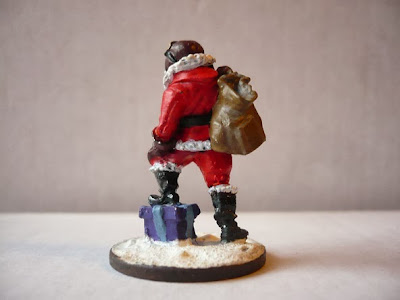 This lovely figure was a joy to paint.  He's got great character and looks ready to battle Martians or sky pirates.

He's the December freebie from North Star.  I mentioned on the Challenge FB page the other week, saying what a nice entry he would make for the civilian round.  James promptly offered to send me one.  I then fell foul to shiny-madness and ended up with my own free figure.

In a 'pass it on' spirit, the spare Santa will feature in a post-Christmas giveaway once I figure one out.

The second submission was some 54mm plastic D-Day figures from Steve Weston (possibly the worse website I've seen in a long time).  I'd painted these up for The Wife nephew's Christmas gift, so was aiming for a look somewhere between old school Britains and Britains/Deetail (I knew he had some of the latter). 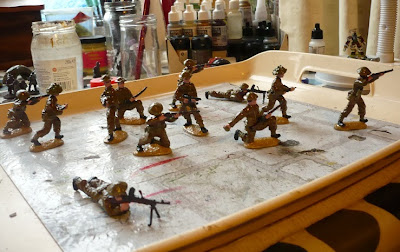 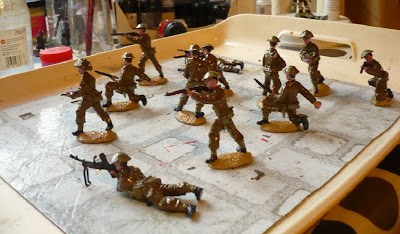 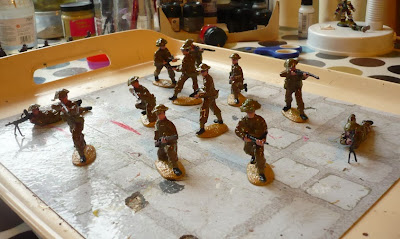 I wasn't too happy with these while painting them, but they came out surprisingly well.  Both Johnny and his father were really pleased with them and impressed that they were by my fair had.  A huge credit of family brownie points.

This morning The Wife told me it was Johnny's birthday on 15 January and wouldn't it be nice to give him some Zulu War figures...