Look Upon My Works Ye Mighty and Despair! 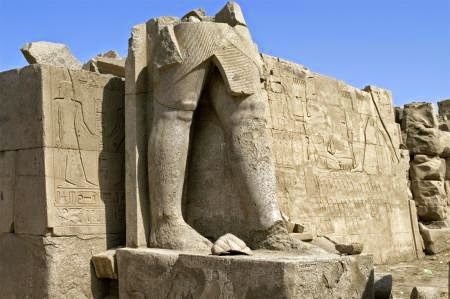 I met a traveller from an antique land
Who said: "Two vast and trunkless legs of stone
Stand in the desert. Near them, on the sand,
Half sunk, a shattered visage lies, whose frown,
And wrinkled lip, and sneer of cold command,
Tell that its sculptor well those passions read
Which yet survive, stamped on these lifeless things,
The hand that mocked them and the heart that fed:
And on the pedestal these words appear:
'My name is Ozymandias, king of kings:
Look on my works, ye Mighty, and despair!'
Nothing beside remains. Round the decay
Of that colossal wreck, boundless and bare
The lone and level sands stretch far away. 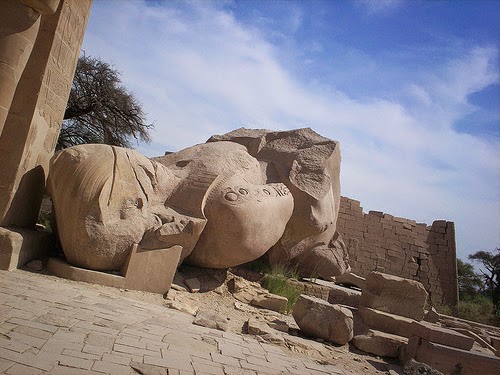 Well, guess what I've finally got around to painting.  My Ozzy statute from Fenris. 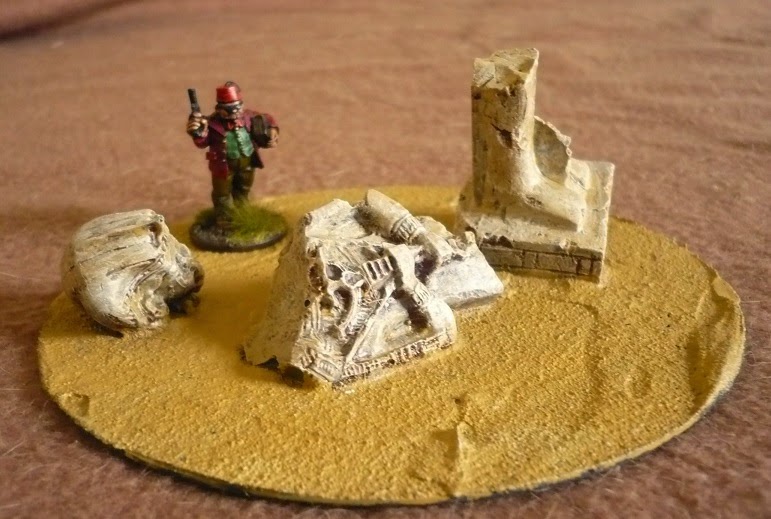 A quick and dirty job, that would have been quicker if I'd taken a look at photos of what colour ruined Egyptian statues are.  I. like Shelley, had in mind the 'Colossal Statue of Ramesses II' in the BM.  Which was carved from two-tone granite. 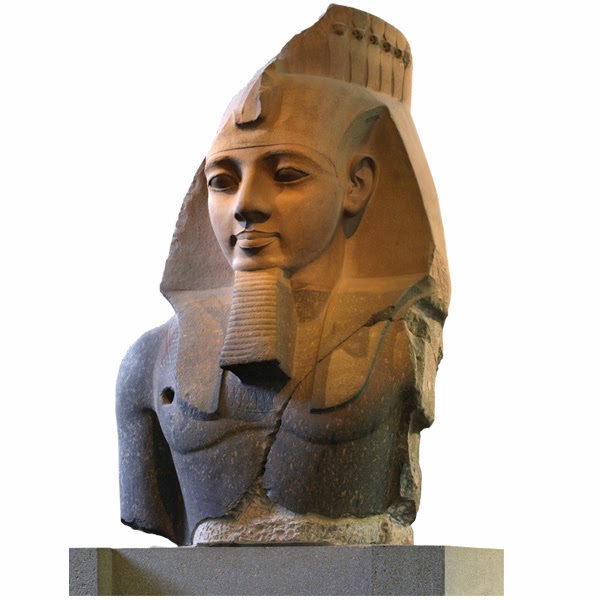 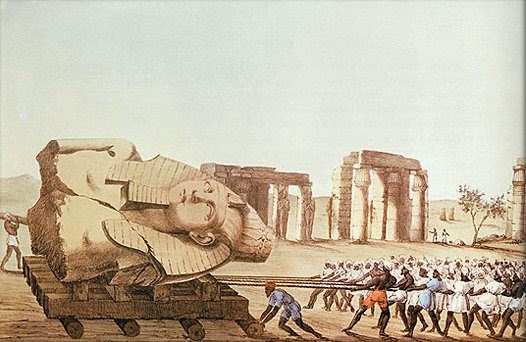 Unlike Belzoni though, my old chum the Director of Antiquities a) has a van and b) is going to leave the damn thing where it is! 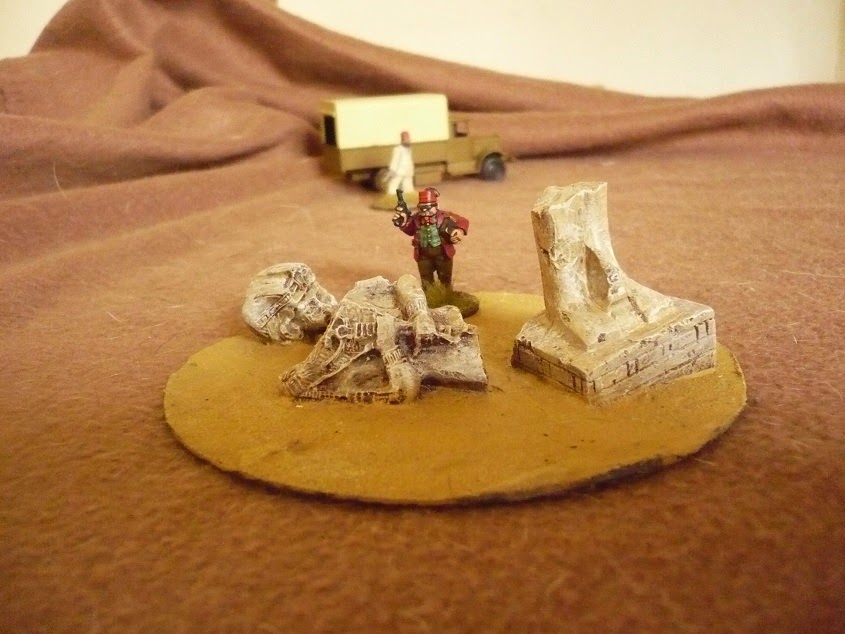