A Naval and Polar Medal Miscellany

Last week I blogged about the Bentley Priory Battle of Britain Trust Appeal charity auction at Spinks.  Another date in the medal collecting calender is looming - one of Dix Noonan Webb's quarterly sales.

This is a completely different beast from the Bentley Priory sale, which is only 56 lots and predominantly RAF-related.  By contrast, DNW covers all areas in a massive 1103 lots.  It's accordingly more difficult to pick out choice items.

My eye is always drawn to naval and polar items, and lots 993-1014 are 'Exceptional Naval and Polar Awards from the Collection of RC Witte'.  I don't know anything about RC Witte other than that he is Richard C Witte, the author of Fringes of the Fleet and the Distinguished Service Cross (1997) and Naval Double DSOs (1998).  These were apparently written from collecting experience!

Part I of his collection was sold by DNW in December 2007.  That included the truly exceptional group to Frank Wild 'who, with the exception of Sir Ernest Shackleton, participated in more Antarctic expeditions than any other man'.  Sadly the CBE and Polar Medal (one of only two issued with four bars) had been 'split' from this group in the 1970s - they were subsequently sold in 2009.

As well as some eye-watering naval gallantry, this batch of Witte's collection also includes a couple more important polar groups:


A rare and poignant Boer War and Polar Medal pair awarded to Able Seaman G T Vince, Royal Navy, who died in Scott’s first Antarctic expedition in March 1902, after slipping down a steep ice slope during a blizzard while employed in a sledging party under Frank Wild.


The unique Murmansk 1919 operations DSO, Shackleton 1914-16 Antarctic Expedition OBE, Q-Ship operations DSC group of twelve awarded to Commander J R Stenhouse, Royal Naval Reserve: according to Shackleton ‘he accomplished successfully one of the most difficult journeys on record, in an ocean area notoriously stormy and treacherous’ - just one chapter in a truly remarkable career spanning ‘square-riggers’ in the early 1900s to his death in action in September 1941 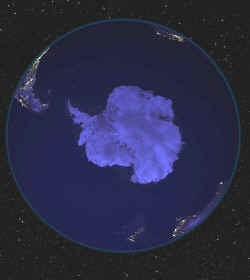