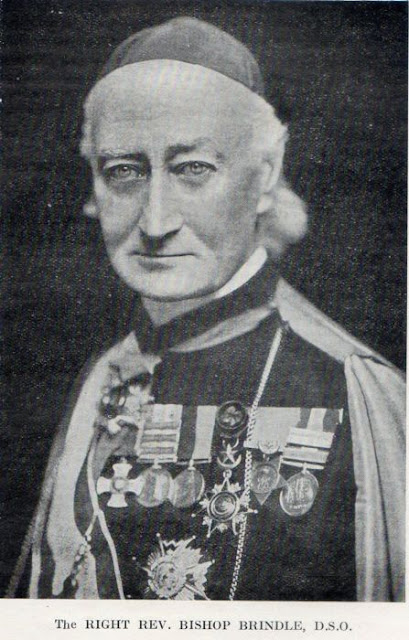 The guys over at the British Medals Forum have identified Brindle's star as that of the Spanish Order of Isabella la Catolica. 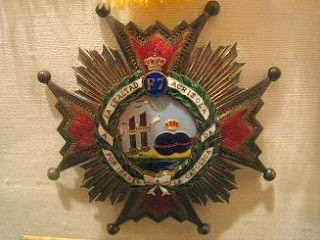 There's even a good suggestion of why he should have received it:-

Princes Ena was Princess Victoria Eugenie of Battenberg (1887–1969), the daughter of Princess Beatrice, and thus a niece of Edward VII and grand-daughter of Queen Victoria.  She married King Alfonso XIII of Spain on 31 May 1906 .  As they were returning from the wedding, they narrowly escaped a bomb thrown from a high window; the explosion killed or injured many bystanders and members of the procession.

As any OOS fan will tell you, in the above portrait, the queen is wearing what is technically known as a Stonking Great Tiara.
at 09:04