What I've been reading this week. 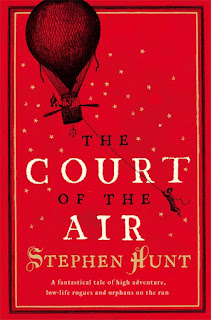 I've a few things open at the moment, but my main book has been Court of the Air by Stephen Hunt, part of his Jackelian Series.  In principal Steampunk has always appealed to me, but I've been let down by the practice - many writers in the genre just aren't any good.  This is an exception, and I've been enjoying it.  Apparently there are six novels in the series so far - it remains to be seen whether the momentum can be maintained. 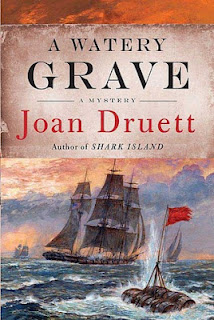 I don't like to have more than one novel on the go at the same time, as one often suffers.  That's what's happened with A Watery Grave by Joan Druett.  I've read about half of the book in a couple of sittings the other week, but put it down and haven't picked it up since.

Joan is an old friend of mine from the old days on the maritime history discussion group marhst-l.  To tell the truth, I much prefer her non-fiction, but I've been meaning to give this book a go for quite a while.  It's the first in the Wiki Coffin Mystery Series.  Wiki is a Maori interpreter/guide on the United States Exploring Expedition, which set off in 1838 to chart and explore the Pacific.  In the best tradition, Wiki has to solve the odd murder...

The copy I've got is the American paperback edition.  As always, American paperbacks are much better quality than the ones we get here in the UK.  It's a pleasure to hold and read.  If paperbacks here were regularly this quality, Kindle and other e-books wouldn't be doing so well. 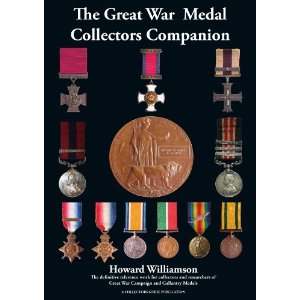 In non-fiction, I've been reading Howard Williamson's The Great War Medal Collectors' Companion.  This is a ground-breaking compendium of work, weighty in all senses of the word, and will make a big difference to the collecting field.  It's surprisingly well-produced - I expected something a little more 'self-published' in feel, but this is a substantial hardback, printed on glossy paper and with thousands (rather than hundreds) of illustrations.


Me:  [Describes the book before it arrived...]
Wife: That sounds expensive.
Me: Does it?  How expensive would you say?
Wife: £60.

She knows me too well, and was spot on with the price of course.  Luckily for me, Howard was kind enough to give me a free copy in return for some drudge work I doing on a project on the awards of the Military Medal.

I detect some sniffiness about this book over on the British Medals Forum.  I'm not sure why.

Some people, who are quite happy to drop £500 on medals, will baulk at the price of books.  This is short-sighted and goes against the advice we always spout to new-comers.  As has been pointed out, if this £60 stops you buying a 1914 Star with a fake bar, it's paid for itself.  If it helps you pick out an MM for the first day of the Somme among all the other MMs on a dealer's list, it's made you a couple of hundred quid.  Apart from anything else, once the edition has sold-out copies will be selling well in advance of the cover price.  Sadly, medal reference works are never cheap!

My wife is pressing me to read Sergei Lukyanenko's The Night Watch.  But it's the first in a series of thick books and Russian...

One series I've been meaning to try out is The Dresden Files by Jim Butcher (the first book is Storm Front).  They're about a private eye who happens to be a wizard and specialises in the paranormal cases the Chicago Police Department are stumped by.  It might be fun, it might be spectacularly bad...

What I've bought this week

Nothing.  That's not surprising, but as it was my birthday is a bit disappointing.

I had girded my loins to buy WH Fevyer's The Distinguished Service Medal 1914-1920, but the one I'd sourced on Bookfinder for £10 turned out to be The DSM, 1939-1945.  The actual copies of the book were more than I was prepared to pay.  Note how quickly I've changed my tune about the short-sightedness of trying to buy cheap medal books!