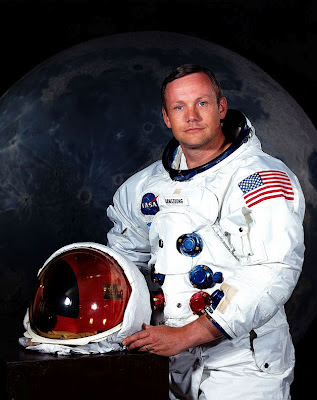 I think I'll do a more considered post about him later in the week, once I've digested the tributes and press coverage that we'll have.  But first my own thoughts before I've read any of them.

I was too young for the Apollo Missions - my own interest in the Space Programme was inspired by Viking and Voyager and the amazing pictures we had of Mars and the Outer Planets on John Craven's Newsround which pulled me into The Sky at Night.  Perhaps because of that, I tend to side with the probes and robots in the Manned/Unmanned debate on space exploration.  However, Neil Armstrong and Yuri Gargarin have always stood out to me as inspirational characters.

Although Armstrong shared the fighter-pilot background with the other Gemini and Apollo astronauts, he comes across as different - less brash, more considered.  This might not be fair on his colleagues, but it was certainly how he was presented at the time and since.

Armstrong's position as the odd man out among the moonwalkers can be seen in Andrew Smith's excellent book Moondust: In search of the men who fell to Earth - a major part of the book is taken up with whether Armstrong is actually going to let Smith interview him.  First Man, the authorised biography by James R Hansen, paints a picture of a modest, reserved man happy to be regarded as a geek and who would rather be a professor of engineering - inspiring and informing youth - than lead the celebrity life.  Hansen's book is rather turgid in its detail, so I can't unreservedly recommend it.  But perhaps it's worth the detail to read the story of the Eagle Scout who stepped out onto the Moon's surface... 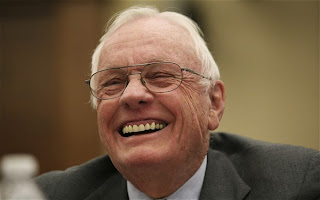 I am, and ever will be, a white socks, pocket protector, nerdy engineer 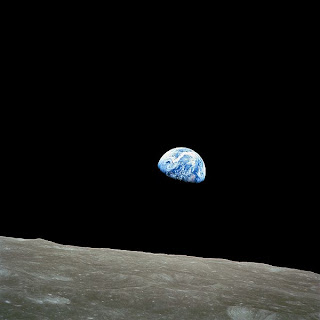