For domestic reasons I didn't blog about it at the time, but last week Oathsworn Miniatures had a short Kickstarter to test the waters for Project Pantheon - figures of gods  from various traditions (starting with the Norse).


The initial aim of this Kickstarter was to see if there was a demand for Odin riding his eight-legged horse, Sleipnir.  It soon became clear that there was, and sculpting is now underway on the next figure in the project - Freyja astride the battle-swine Hildisvini. 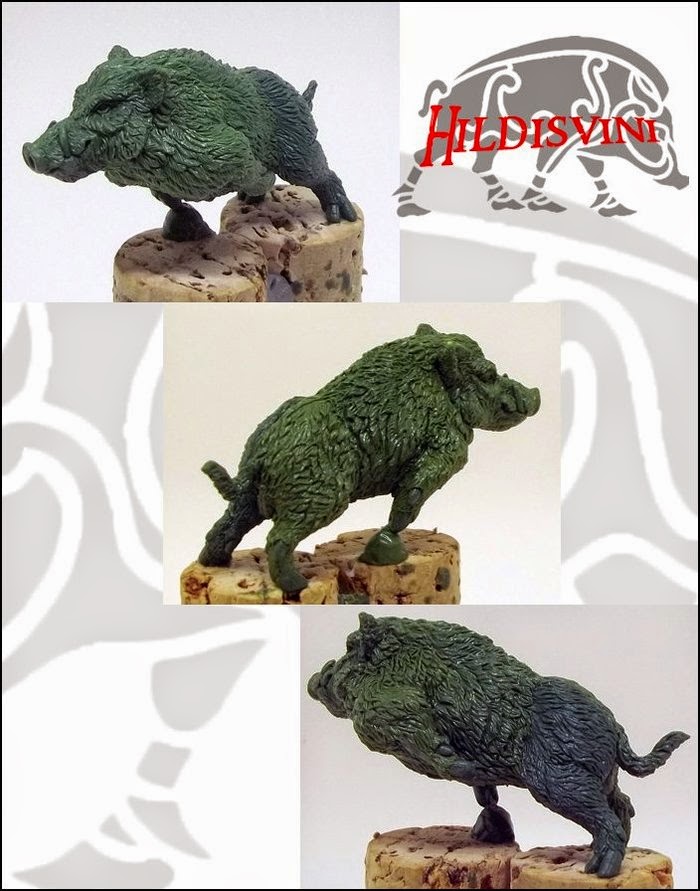 Now, as some of you may remember, I signed up for one of Oathsworn's earlier projects and was very impressed, not only with the finished product, but with their whole ethos and communications.  The picture of Hildisvini is from one of their almost daily updates, giving blow-by-blow WIP reports,