I Need a Bigger Garage!

My struggles with the local incarnation of the Post Office have worn me down, and after a very tiresome episode yesterday I found a courier service that looked as if it would be very handy.  After a lot of trouble printing out the label (I had a hell of a day yesterday), I went to the advertised dropping off point only to be told they had no idea why people kept bring parcels in!  As it was pissing down all day, I'd got soaked twice and was a tad cross.

The upshot of this is that I went into Town (or as they say around here "the City") today to another drop-off point.  On the way back I went through the twee-er bit of Norwich and was able to have some theraphy poking about a couple of second-hand bookshops and Elm Hill Collectibles (who also have a fairly pointless website here).  If you're ever in Norwich, Elm Hill is a must-see place.  There's also a board game shop (run by a real enthusiast) for those of you interested in these things.


For a while I've been keeping my eyes open for Lledel cars and vans in the local charity shops, etc.  I was really pleased to find that the shop. was selling them at £1.00 each - the cheapest I've seen them.  Now, whether it's because he's just a nice guy, or he remembered me from his old shop, or because I had to go and find an ATM (yet still came back!), he let me had five for £4.00.  A great bargain! 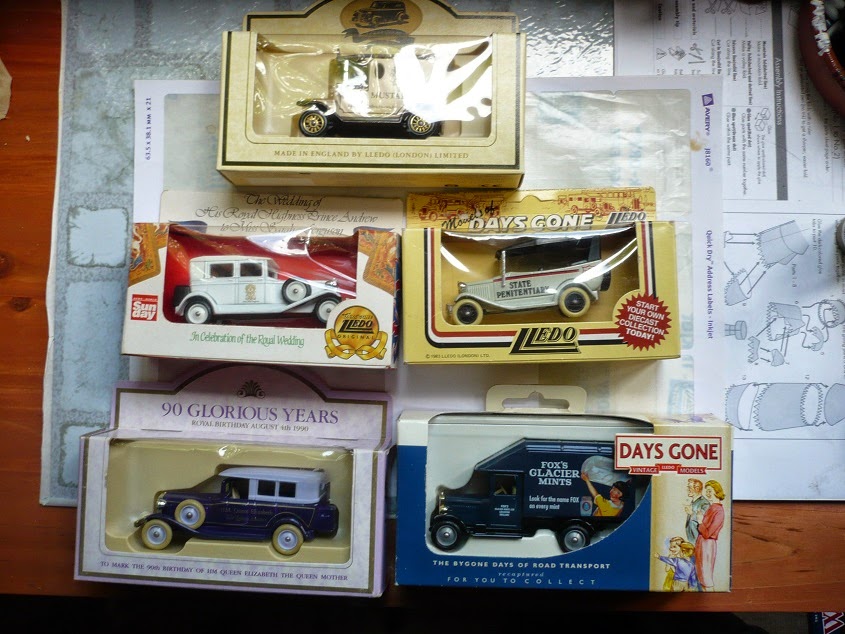 The question now is whether I go ahead and ruin them by painting or whether the Queen Mum's 90th birthday special or Andy & Fergie's wedding car are worth a fortune on eBay!

This makes them even better value than the Russian cars I picked up in Poundland yesterday to replace the one I gave away last month. 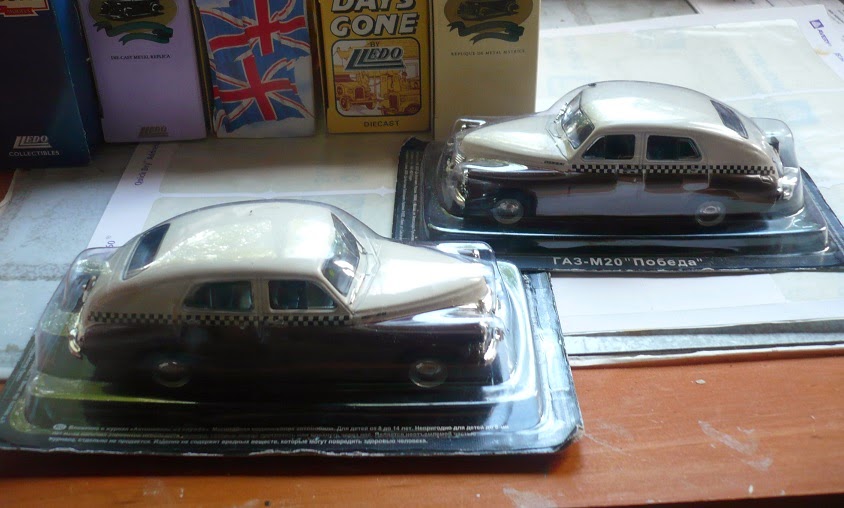 As the title of this post suggests, I need a new shelf (or a box).  I'm also off to pre-order the Pulp Alley vehicles supplement...


Tamsin, who has a similar problem, poo-poos my suggestion that she build a multistorey car park.  Did they have them in 1920s Chicago or New York, she asks.  Well according to Wikipedia "The earliest known multi-storey car park was built in 1918 for the Hotel La Salle at 215 West Washington Street in the West Loop area of downtown Chicago, Illinois."  'Nuff said!  Though I can't help but mention that I'm sure I've read of a C19th multistorey for carriages in London... 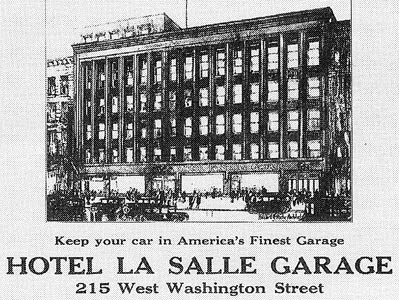 Talking of recent purchases, I recently picked up yet another Egyptian cat from a charity shop.  This one particularly appealed because of the stonking great jewel on it's chest.

It made me think of the old 'pry the stone out of the idol' routine.  Who first came up with that trope?  It's more India/Burma than Egyptian.  Conan Doyle uses something similar in The Sign of Four (a rajah's treasure stolen during the Indian Mutiny), but that's predated by The Moonstone (a diamond from the statue of the goddess of the moon) in 1868.  I imagine that the story would have been influenced by tales of fabulous riches seized during the Mutiny or by the earlier nabobs, such as Lord Clive.  But where do the tales of curses come from?  It is the kind of question James Holloway approaches so entertainingly on his blog.
at 14:41