Fruit of the Kickstarter

Ironically enough, just as J. Womack Esq has a rant at delays in crowd-funded projects, the fruit of one of the ones he mentions dropped through the postbox (thankfully not molested by the hound).

This was the 28mm Steampunk Inspired Heavy Weapons & Carriage Miniatures project by Curious Constructs that I signed up to in April.  The original estimate for delivery was June, which explains John's inclusion of it in his rant. 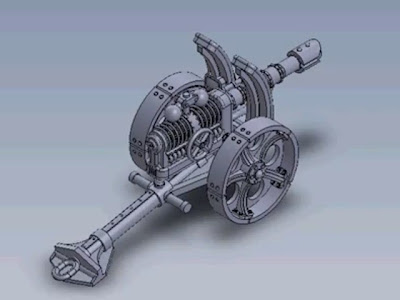 I pledged for "One complete Anti-Tank Laser, and one of each of the alternative weapon components which are unlocked" and this is what I've got:- 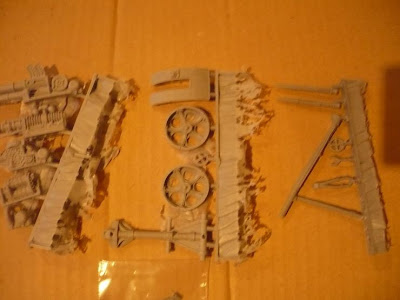 The alternative weapon components are a Gatling Cannon, an Auto-Cannon, a Tesla Cannon and a Rocket Launcher.  I haven't decided which configuration I shall use - I quite like the look or the original laser or the Tesla Cannon - the rest will go on the bits pile.  They might end up contributing to my glacial Aeronef project or The Wife's Steampunk airship. 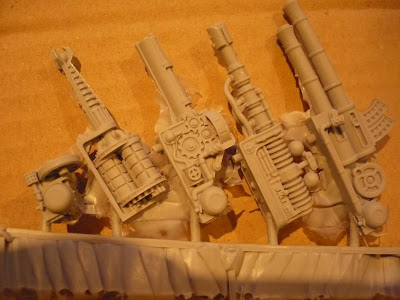 Talking of Kickstarters, the Sikh Wars project I mentioned the other day reached its £3,000 funding goal with 18 days to go.  As a result, they have rejigged the stretch goals and are talking about different units.  Cynics will say that this is where mission creep sets in and Kickstarters  start going awry...

In other news Phyllion at the Diary of a Gaming Magpie has bought a very nice looking Nile steamer, which is something else that has been on my long-list.  At £20, perhaps I'll add it to my birthday or Christmas lists.  He's also reminded me of Houston's Naval Guns and Ship Fittings, which has a whole range of cheap goodies. 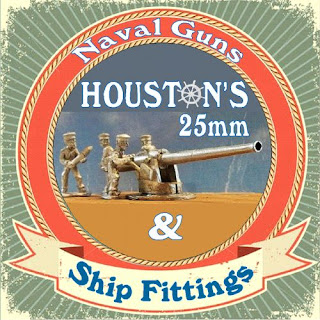 Email ThisBlogThis!Share to TwitterShare to FacebookShare to Pinterest
Labels: Kickstarters