A Day in Cromer

As I think I mentioned earlier in the week, my brother Jim and his daughter Charlotte have been staying with us.  Yesterday we had a nice day out in Cromer.  I'd only visited Cromer once before and, as it was September, pretty much everything was shut, so I was looking forward to this.

We started off at the Cromer Museum, part of the Norfolk Museums & Archaeology Service.   Unlike the boy I knew as a youngster, Jim is now into museums and goes around reading the captions out to Charlotte in a didactic type manner.  This, and his little nature lectures while we're out walking, are quite amusing.  It's an odd twist!

The museum is in a row of fishermen's cottages just by the parish church.  Apparently, when the town Council bought them in 1967, a condition was that the residents could stay as long as they liked and were not to be disturbed: the museum therefore wasn't opened until 1978! 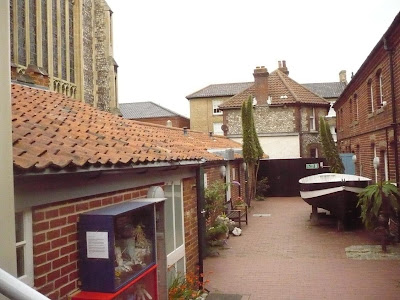 It's a small place in the buildings on the right there is a reconstructed Victorian cottage, material on a local photographer and on the history of tourism in the area.  What I really enjoyed however, was the geology rooms (probably because they reminded me so much of my time at  the Whitby Museum - even down to the free geology newspaper). 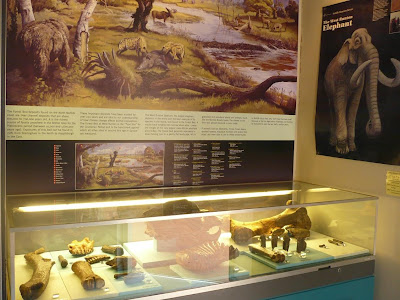 I thought it was all very well laid out and labeled.  There was even a little bit for the kiddies to excavate their own fossils. 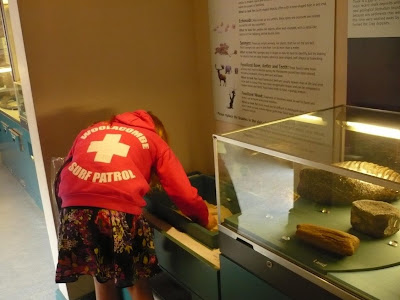 A major feature was the West Runton Elephant, something of a local celebrity, discovered in 1990.  It's the largest elephant skeleton discovered and the oldest from the UK.  We'd seen other parts of the skeleton earlier in the week in the Castle Museum in Norwich. 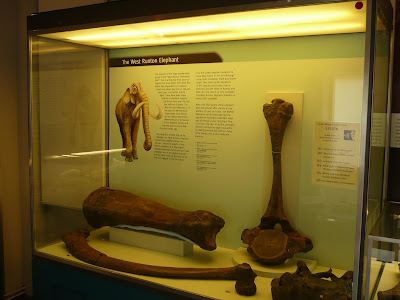 Cromer has a very fine parish church, but as that's not my brother's cup of tea, we skipped it.  The Wife and I will go back another time.  You can seem more about it on Simon Knott's fine Norfolk Churches site.  There are also a couple of decent second-hand bookshops in the town.  I only managed one of them and, despite a good stock didn't find anything in the time I was allowed.

Jim and the lass preferred to spend time crabbing, so we joined the crowds on the pier.  We made the most basic error of seaside life: everything is dearer the closer you get to the sea.  We went into what claimed to be a cafe on the pier and I bought a stale cheese sandwich for almost £4.00 and wasn't even given a plate.

My own reason for wanting to visit Cromer was to see the Henry Blogg Museum.  I won't say much about the man himself (whose a personal hero of mine), as I've decided to do a post on him later in the week. 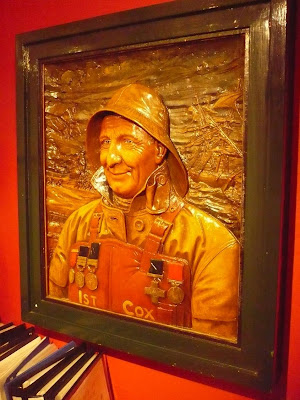 The museum was opened in 2006 and has a very nice feel to it. 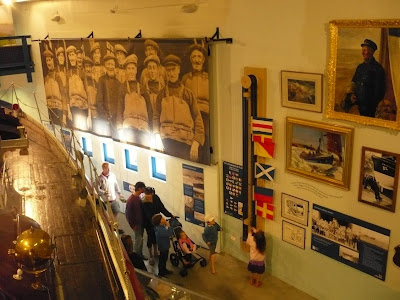 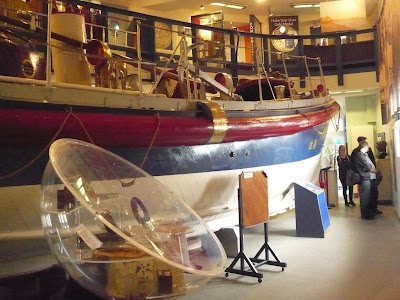 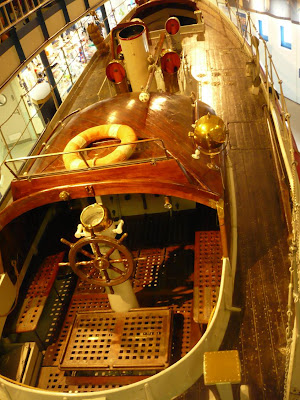 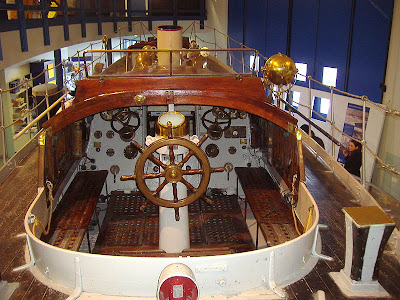 As well as Blogg, they include material on other Cromer lifeboatmen 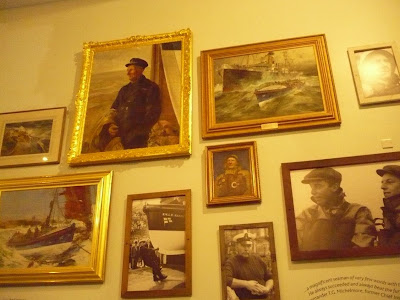 As they say in the museum, "Their work goes on..."  While the kin were crabbing, I popped into the current RNLI boathouse on the pier and saw the Lester.  She was the first of the Tamar Class to enter service (in 2008).


And of course, here's the plug.  Each year it costs over £140M to run the RNLI lifesaving service. For every £1 donated, 83p goes to the rescue service, and 17p is reinvested to generate more funds..  You can donate here.