The Laughing Ferret has decided to start one of those viral questionnaires.  In a spirit of blind obedience, I hereby give you my answers.

Now, this is a tricky one.

As I said the other day, Tolkien was a big influence on me quite early, and I followed up with Anne McCaffry, et al.  I've always liked dragons.  When I'm miserable and want a guff book to read, I go for 1950s sci-fi or a dragon book.

But 'everything is more fun with dinosaurs', isn't it?

In the early '90s I read a lot of the 'new paleontology'  (I've even did an extra-mural class at the University of Manchester on dinosaurs) and I've always been interested in the history of science in the C19th.  The dinosaur hunters have a lot of appeal.

In the end though, I'm going to plump for dragons.

Q.2 In a RPG would you rather be a Player or DM?

I haven't role-played since the early '80s (unless you count crappy training courses and a rather interesting week visiting a redhead studying at York University).  But, I think I'd rather be the DM. 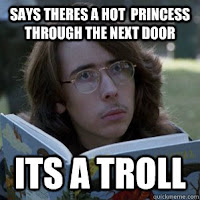 Q.3 You have a Time Machine: you can only take a trip to the future or the past. Return or not is your choice.  Which direction and how far?

To visit.
I'd like to visit the peak of the Victorian Age, so I'd go to the 1880s.  Of course, I'd take sufficient goodies and knowledge of what was happening so as not to slum it.

Or perhaps I'd join Capt Cook's first voyage and hob-nob with him and Joseph Banks. Were Bligh and Vancouver on the first voyage?  I can't remember.

Perhaps I'd set myself up as a country squire in C18th England.  Somewhere nice like Cheshire or the Marches with a damn big Palladian house.

Q.5  Of these Empires which do you feel is the BEST Empire and the WORST Empire?
Roman, Mongol, Spanish, Russian, British, American. 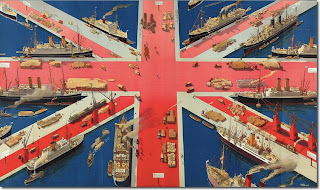 I wish I knew more about the Ottoman Empire.

Q.6 Who wins the fight?  Roman Gladiator or Samurai?

This is based on pure ignorance, but I'd say Samurai.  There's more of an ethos behind it, and that wins every time in my opinion.


Q.7 Who wins the fight?  Darth Vader or Witch King?

Witch King.  I was never convinced by Darth Vader.

Possibly because of this...

Q.8 Who wins the dogfight?   Starbuck in Colonial Vyper or Luke Skywalker in X-Wing?

Starbuck (because he was really good in Moby Dick). Q.9 Who wins the battle of wits? Tyrion Lannister or Wesley?

Whether the Methodists, or the guys from the Princes Bride or Star Trek: The Next Generation, it'd have to be Tyrion.

Because he's more cunning than a fox whose just been appointed to the Chair of Cunning at the University of Oxford.

Q.10 Money and Time no object, what movie or novel would you like to have the armies and terrain in miniature to recreate and expand on, and in what scale?

I've not seen the adaptation of Game of Thrones, so that's unspoiled in my mind (see my post the other day on Tolkien).  But of the two, I'd like to go with my own vision of Tolkien.

Perhaps Conan-Doyle's The Lost World (or one of the many pulp rip-offs) or HG Well's War of the Worlds.

Q.11. Human Beings die off. What species rises to take our place, becoming the next sentient species with a global civilization?

My initial thought is 'Cats': but whose to say that they not the dominant species at the moment?

Pigs deserve a better break, but that's already hinted at in the Laughing Ferret's illustration.  I'll be a kiss-ass and say 'Ferrets!' (but I really mean pigs...)