A Welcome, A Milestone and a Plug

First the welcome.  Grigork of the nicely named The Megalomaniac (Mwhaha) has joined as a follower:  I hope you find stuff of interest here.

The milestone is that we have hit the 20,000 mark.  Given that the 10,000th hit was only four months ago, I think that's good going.  I won't bore you with stats as I did then, because I have other plans for stats.  Instead here's a gratuitously pulpy Verne reference... 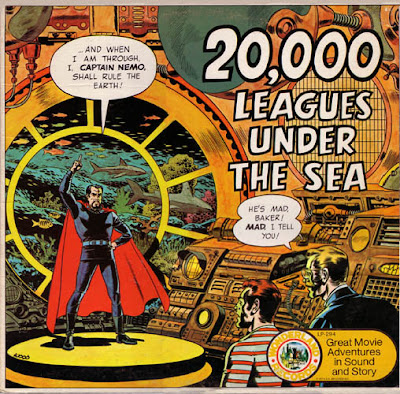 And the plug?  Back when Bloggers for Charity was launched I racked my brains for a way in which I could contribute.  Regular readers will know that I'm no good at painting, but that I know how to source cheap books.

I therefore acquired half a dozen as-new paperback copies of The Battle for Quebec, 1759 by Matthew C Ward - the period which is being gamed.  These are for sale on my website for £5.00, inc UK postage - the whole £5.00 will go to Bloggers for Charity.  I must say that I thought these would be snapped up within days, but there are still four left.  Head over to the website for details and to order one.
at 18:07