I've been asked to give my views about the PBB Diplomacy game and explain some of the reasons behind Italy's moves.  Here goes... 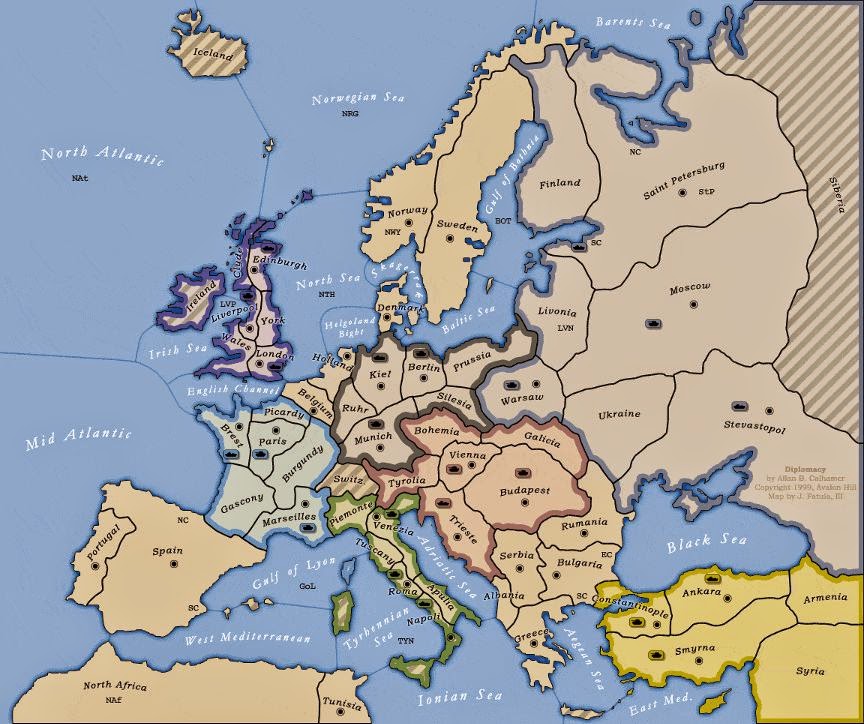 This was my first experience with Diplomacy and I wasn't sure what to expect - what I got was rip-roaring fun!  That I’m sure was down to the spirit in which it was played, so I’d like to publically thank my opponents.  The greatest thanks go to Michael, for facilitating the whole thing and for his brilliant innovation, The Daily Dissembler.

So what went on behind the scenes?  The PBB mechanics worked well.  I received probably a dozen e-mails a week from my fellows (all blind via the Padre).  It was great fun deciding who to believe or not (I early decided almost that almost anything received from England or Russia was a lie!) and what was on the other side of the hill.  I dabbled a little in playing one power off another, but I think my opponents were too experienced to fall for that. 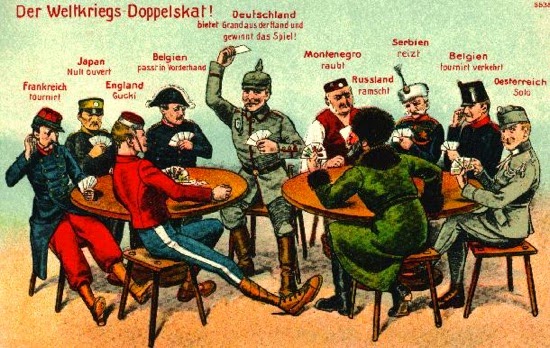 Despite what General Blatt might have thought,  I was never a member of any Grand Alliances.   Apart from taking part in the early land-grab for Austro-Hungary (gone before we got to know him!) everything I did was responsive to the actions of those around me.  That move on Hungary was, as far as I know, entirely un-co-ordinated – does Austria always suffer from having too many shared borders?  More experienced hands will say.

Early on in the game, I made a public alliance with France, promising him an uncontested move in the Iberian Peninsula if he withdrew from Piedmont.  I soon regretted that, feeling penned in in Italy (a more intelligent use of convoys would have prevented the Alpine bottleneck I suffered from).  My other alliance (more of an agreement) was a non-belligerence pact with Turkey, dividing the Balkans between us.  That was my downfall – I allowed Turkey to build up forces which could have no other purpose than attacking my territory.  In truth, I was charmed into complacency by Turkey’s private messages (a blessing on all his camels!).

There were two other things that I did wrong, both down to inexperience.  First, I was slow in taking Tunis.  Secondly, after capturing Vienna in Spring ’03, I pushed on to Budapest in the Fall.  Because I hadn't garrisoned Vienna I lost the Build that I would have otherwise gained: this, and having to double back onto Vienna. broke my momentum.  ‘What if’ that hadn’t happened?   I might have pushed on into Germany; the Kaiser wouldn't have made his Mad Teutonic Dash and Russia mightn't have fallen so soon – but then I would have been even more exposed to Turkey’s attack and might have bumped heads with England’s intentions.

Several people have asked why when it came to it, I opened two fronts, attacking both Turkey and France.  The answer was that I was getting my retaliation in first.   The attack on Turkey was pre-emptive (in the event we both made our moves at the same time).  The one on France had two purposes: I didn’t like the positioning of his fleet and feared a strike on Tunis (he protested that it was due to Turkey’s build-up and declined to withdraw them); secondly, Marseilles was low-hanging fruit and fearing losses to Turkey I needed the Supply Centre.  In the event I seem to have caught France completely off-guard with this betrayal – I now suspect he had no offensive attitude to me at all.


The loss of Naples was a big blow.  I’d lost a Home Supply Centre and was obliged to maintain a defensive presence in Rome.  That meant that even if I did gain new territories (unlikely as I was on the defensive), I could only Build in Venice.  I’d peaked.  The withdrawal of my fleet from Tunis in our last move was an attempt to recapture Naples. I was also offering Turkey a truce if he turned his attentions elsewhere (though with little hope he’d go for it!).


A word about the Daily Dissembler. This was an inspired invention of Michael’s, particularly his use of period pictures. I’m honoured to receive the role-playing prize, stiffly contended with the Kaiser and Sultan, whose messages were always a pleasure (to say nothing of General Sir Erasmas Blatt, Ret’d!).

When I first submitted copy to the Dissembler, I’d expected Harrington (Our Man in Rome) to be my main voice.  He was to be a Hemmingway-esque hack working for Charles Foster Kane, getting the news by hard work, bribing officials and frequenting low dives (I resent the suggestion that he was corrupt and venal!).   Quite naturally he resented the gadfly existence of Miss Amelia Roosevelt! 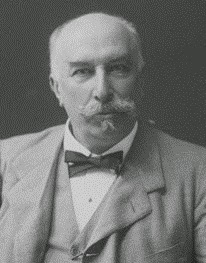 De Graspi was meant to be a one-off interview, but he seemed to capture readers’ imaginations and took on a life of his own - especially among the Boston Ladies' Temperance, Suffrage and Peace Guild.  Equally, the story of his mystical awakening was meant to be a Halloween story (and explanation for the Vienna debacle) that would be retracted in the next issue, but events took over dear boy...
at 09:30