I promise I shall have some original content soon...

As I mentioned the other day, there is going to be a prize-draw at O'Leary Miniatures.  Anne has put together some really fantastic and generous prizes, so go across and look.  Do read the rules, because it's not just the usual 'follow, comment and promote' deal.  One difference is that the giveaway is being sponsored in part by author Patrick Hatt: you can find Mr Hatt's Amazon Writers Page http://www.amazon.com/Pat-Hatt/e/B00AGFMYVC - he's also got a blog.

In other blogging news Chris over at Wargamer's Odds and Ends has hit some milestones: he's recently made his 300th post, he's passed the 50,000 hit's point and he's collected over 100 followers.  Being a man of similar tendencies to myself, he has done so by having a long post about his visitor stats - in his case he's managed to make them interesting (and all without pictures!).  My own stats have gone a little odd lately.

Chris is a designer of wargaming scenarios. His latest is In the Name of Roma - not my field, but I read some decent reviews, and it certainly looks the business.  It's not about Gypsies, but the Italian Army on the Russian Front in WWII.  If you want to sample his work, he's generously decided to offer an American Civil War scenario up as shareware.  You can find details of both these and others on his webpage.

As I said the other day, things are happening at Bloggers for Charity.  Apparently, it won't be too long before the figures for the 2014 game are despatched to those who've volunteered as painters and thoughts are being turned to 2015 (and beyond?) - we'll shortly have an announcement about whose taken on the task of co-ordinating 2015.

I urge everyone to get involved.  Even if, like me, you have poor painting skills and don't have the contacts to organise a presence at a show, there might be something you can do.  Even mentioning it in your blog or down at the club helps keep the momentum going.

But, in a typically forthright way, Gary Amos has reminded us that it's all about raising money.  In a similarly typical way, he's generously provided the means to do so by offering five painted figures for auction.  The auction (sealed bids) starts next week, so keep an eye on the BfC blog. 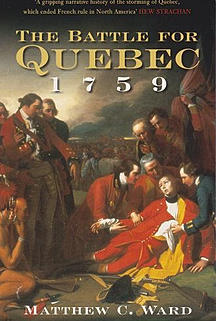