Prince Henry was born on 15 September 1984, the second son of the Prince Charles and Diana, Princess of Wales.

After education at Eton, he attended the Royal Military College, Sandhurst, passing out in 2006 and being commissioned into the Blues and Royals (at the time of writing he is a captain on attachment to the Army Air Corps).  He did not deploy with the Blues and Royals when they were sent to Iraq in May 2007, but served with ISAF in Afghanistan for a curtailed tour of duty in 2008 (halted after 77 days due to a breach of a media black-out).  He then trained as an Apache pilot with the Army Air Corps, re-deploying to Afghanistan in September 2012.

United Kingdom
No doubt due to his status as a serving Army officer, Prince Harry seems not to have had photographs taken in the uniform of his RN or RAF honorary ranks.
Canada

NATO Non-article 5 Medal, ISAF
Currently awarded to UK personnel on a 'keepsake' basis - approval for wear is not yet given, but this position is under review.

Queen Elizabeth II Diamond Jubilee Medal, 2012
Harry's March 2012 tour of the Caribbean was the first sighting this medal. It was only sanctioned for wear after 7 June, with the exception of those on official jubilee duties in the presence of the Queen 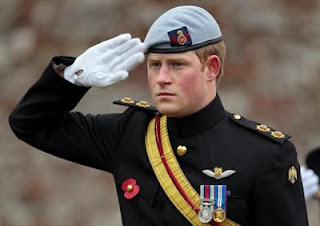 Here's a photo of the #KCVO Insignia that The Queen presented to Prince Harry privately at #BuckinghamPalace today pic.twitter.com/u3jlMB5Kio
— Kensington Palace (@KensingtonRoyal) June 4, 2015 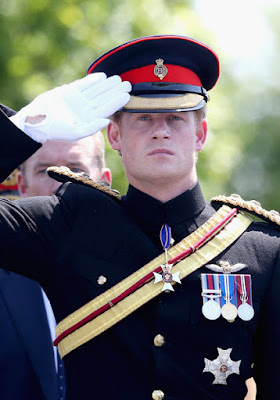 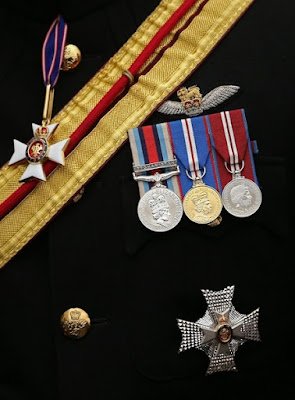