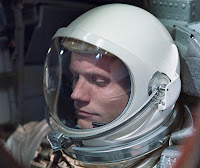 Neil Armstrong,  of course.  Use the label to see my entries and links to the obits.

Professor Gerard Turner (d.19 Jul 2012), an authority on the history of the microscope and other scientific instruments.
Daily Telegraph 26 August 2012

And should we mention the man who, wanting to fake Bigfoot sightings, put on a camouflage suit and stood in the middle of the road?  Yes, I think we shall.   'He probably would not have been very easy to see at all,' said Trooper Jim Schneider of the Montana Highway Patrol.

One for the Darwin Awards, I'm sure.

Not yet obituarised, but 'the Welsh Rosa Parks' died recently.  If nothing turns up next week, I'll blog.
at 09:07